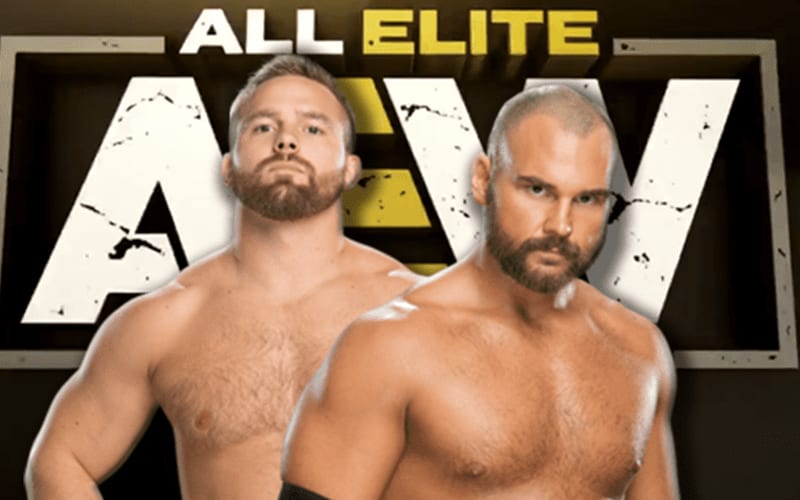 Isolation is playing tricks on the Young Bucks. Cash Wheeler and Dax Harwood haven’t arrived in AEW yet, but there are plenty of teases that the former Revival are on their way.

During the most recent episode of Being The Elite, Mat Jackson was shown at home. He wasn’t having the best day, and then he saw a hidden message in plain sight. “FTR” was burned into the toast during his morning breakfast.

This was either a sign that the former Revival are on their way to AEW, or Matt Jackson bought a very unique toaster. The crazy part is that his toast looked fine, but when he looked a second time this strange message was there. That could be a sign this is all in Matt’s head.

AEW’s Double Or Nothing pay-per-view is scheduled for May 23rd. The Young Bucks haven’t been announced for a match yet. There is still time to make this dream match happen. We’ll just keep our eyes peeled for any more teases. At this time “FTR” teases have yet to appear Dynamite, but the Young Bucks have also been absent since late March.