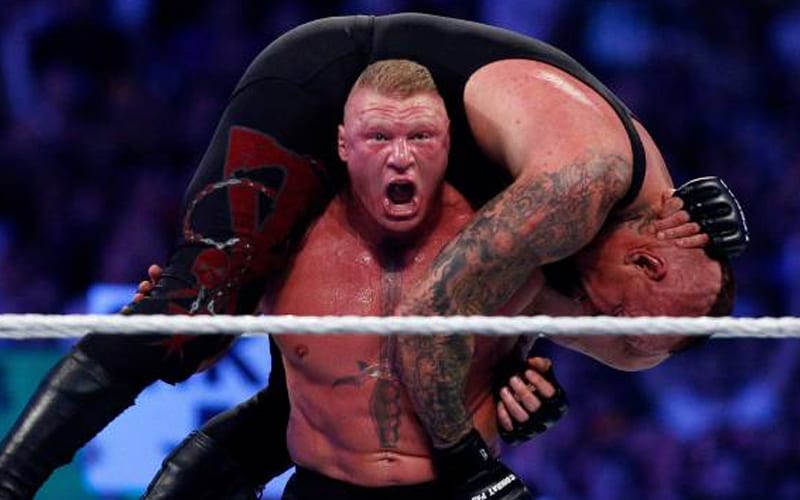 The Undertaker’s legendary WrestleMania winning streak ended when Brock Lesnar beat him clean in New Orleans. This is a moment that still lives on as an incredibly controversial decision.

Michelle McCool recently admitted that the streak didn’t need to be broken. While he discussed things on WWE The Bump, The Undertaker said it was best for business. He also knew people wouldn’t be happy about it.

“I didn’t think it was going to be well-received, but the bigger picture and you know it was about business.”

“Look at their faces, it’s like what the hell just happened? It was what’s best for business. It was like I said I was only here and there and Brock, they had big plans for him and it was more I don’t think it was… I don’t think the impact of the streak was the biggest point more so than doing that for Brock.”

Brock Lesnar used that momentum to eventually become WWE Champion. The Undertaker’s career was far from over at the time, but over six year later he is approaching his final match. Fans just don’t know when that is going to occur.