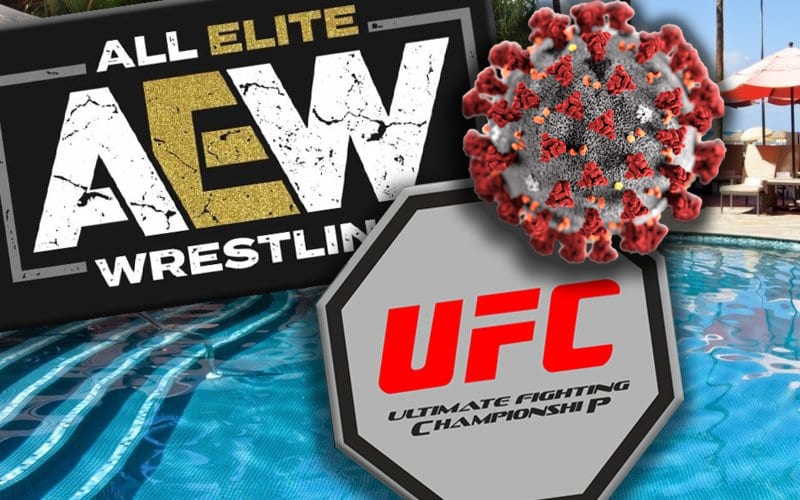 AEW wrestlers and UFC fighters used the same hotel in Jacksonville, Florida. That could be a good time, but it resulted in a potentially dangerous situation.

Ronaldo ‘Jacare’ Souza and two of his cornermen tested positive for the novel coronavirus ahead of UFC 249. Dave Meltzer discussed this situation in depth during Wrestling Observer Radio.

Jacare lives in Orlando, so he drove to Jacksonville with his cornermen in the same car. His relative had tested positive for COVID-19, but he was not positive.

This is a very tricky situation because All Elite Wrestling is using the same Jacksonville Hyatt Regency hotel for their talent. It was noted that “a lot of the AEW talent, not all” are staying in the hotel.

Some AEW stars went home already, but the two companies are using the same hotel.