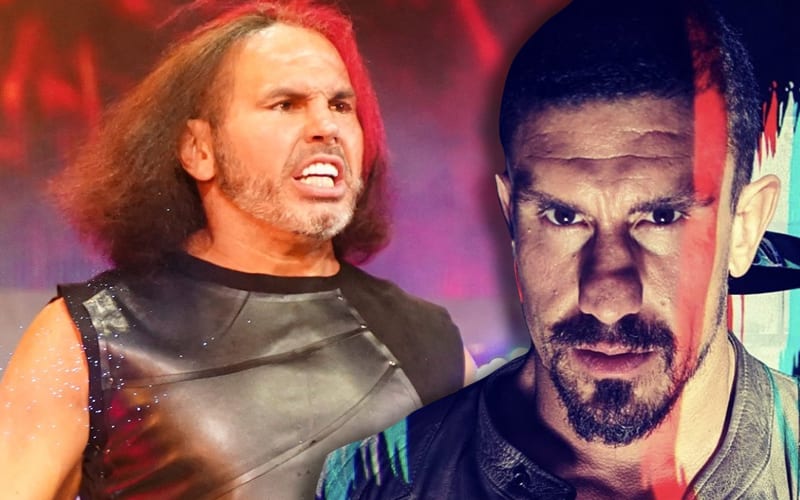 AEW is always trying to engage their social media audience. Their AEW On TNT account recently posted a picture of Matt Hardy asking fans for a favor in emoji form. AEW probably didn’t expect to hear from EC3.

Matt Hardy made his AEW in-ring debut this week on Dynamite. He had a much different ring attire as well. This matched the dichotomy of his Broken Brilliance when he changed later on in the match.

AEW asked fans to “drop 3 emojis to describe Matt Hardy.” Plenty of fans joined in, but so did a former co-worker of Hardy’s.

EC3 responded to AEW on TNT’s tweet with 3 “thinking face” emojis. A lot of fans have taken this to mean that EC3 is thinking about AEW. It could also mean that Matt Hardy always makes EC3 think.

What do you think EC3 meant by the three emojis he picked to represent his opinion of Matt Hardy? Sound off in the comments below!