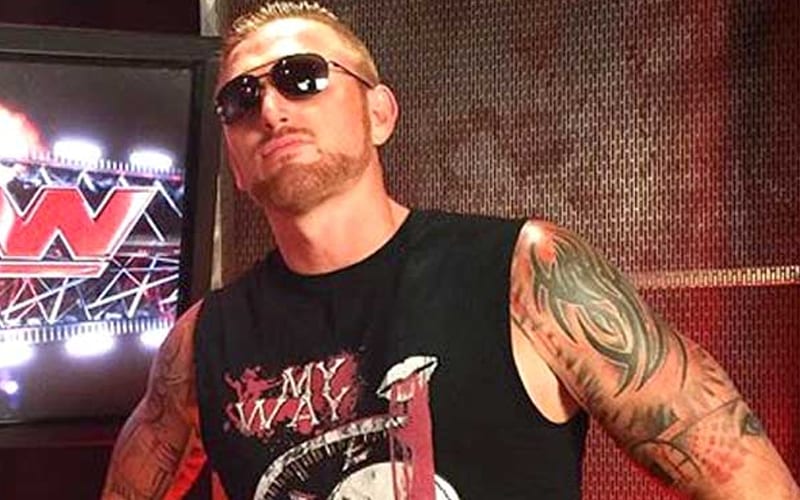 Heath Slater was released from WWE on April 15th after spending 16 years in the company. Now he is on his own, but the name can’t go with him.

It might strange calling Slater by something other than the name fans have known him as for over a decade and a half. That doesn’t change intellectual property laws.

While speaking to Chris Van Vliet, Heath Slater revealed his plans for a post-WWE name. He wants to keep “Heath,” but the rest of his name is undecided.

“I think I’m going to be Heath, just simply Heath. That’s it. It’s either that or, I don’t wanna be Heath Miller. My middle name is Wallace. So Heath Wallace? I don’t know I could kinda see that on a billboard. Wallace, I don’t know maybe I’m just thinking Braveheart, but I don’t know.”

Slater said that his plan is to get in the best shape of his life and come back “with a whole new look and a whole new me.”

Click here to hear the amazing story about how his “I Got Kids” promo happened by accident.

He’s always had to play a part, but when he’s being himself people tell him that he should just do what comes naturally. He wants to represent himself and have fun in the process. It appears The One Man Band will have a name to represent himself well, because it will be his own.

Do you think Heath Slater should become a one-named man? Sound off in the comments below!