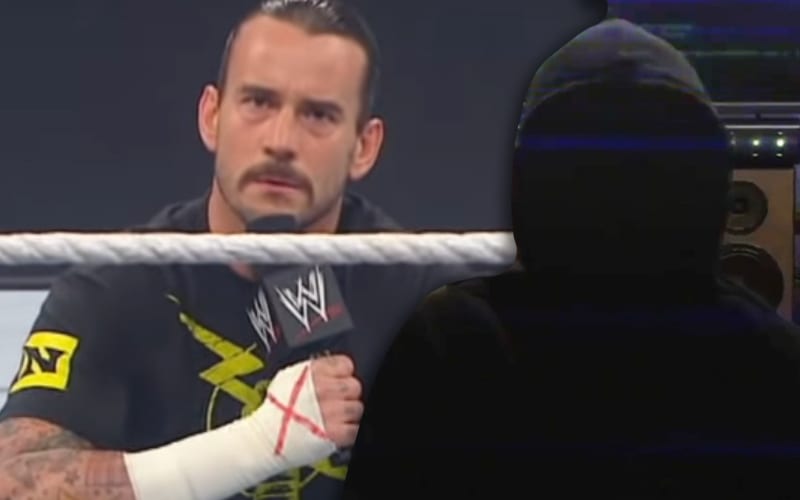 The SmackDown mystery hacker is likely to make their presence known at Money In The Bank this Sunday. They previously dropped a very interesting video with possible coordinates of the next supposed attack. Now we might have an idea who is behind these messages.

Fans believe they already uncovered two Superstars behind the hacker gimmick. Click here for all that information.

HUGE UPDATE: Ringside News has exclusive news on this story. CLICK HERE FOR THE MOST RECENT INFORMATION.

The SmackDown mystery hacker dropped in briefly during WWE Backstage this week. Money In The Bank’s date was typed into a keypad during the clip. Then a tweet was sent out in the hacker’s typical upside down backwards text asking: “Do I have everybody’s attention now?”

CM Punk has been known to use that exact line that the hacker tweeted out. This could be an attempt to throw fans off the actual trail of clues. We’ll have to see what happens on Sunday.

Punk will also be on WWE Backstage next week. This could be convenient timing.

Plenty of fans are already convinced that Mustafa Ali is behind these messages. Shorty G’s name has been tossed around as well. Fans just might find out for sure at Money In The Bank.

Is CM Punk the SmackDown mystery hacker? Sound off in the comments below!