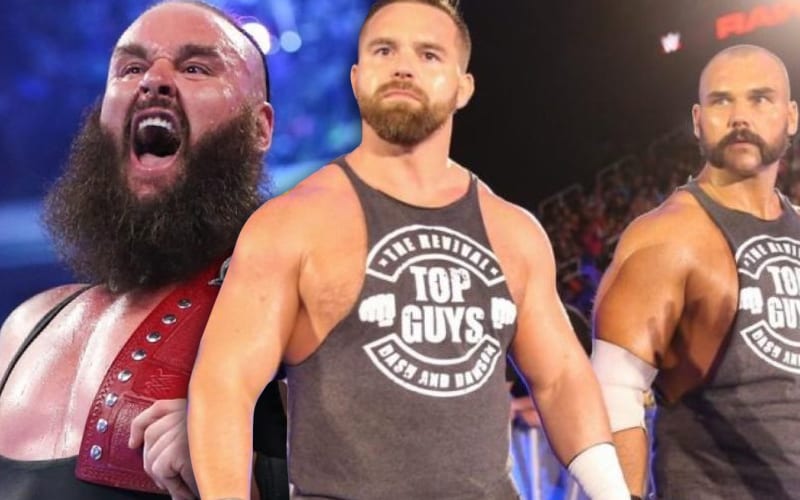 Braun Strowman won the RAW Tag Team Titles at WrestleMania 34 as he defeated The Bar, but Strowman wasn’t alone. He had a tag team partner that he picked out of the crowd. This young fan named Nicholas was son of referee John Cone and the two won the titles, but The Revival weren’t happy about it.

While speaking to Talk Is Jericho, Cash Wheeler explained that they don’t hold anything against Braun Strowman, but he “steamrolled” over the entire tag team division on his way to that WrestleMania moment. This didn’t set too well with the Top Guys.

“This is nothing against Braun, but he steamrolled the entire tag team division. And then a ten-year-old won the titles at WrestleMania. And then no tag teams were featured at Summerslam, and at the last minute they added the women’s tag titles, which I’m all for, but it was so last minute that people didn’t know.”

The former Revival also stated that the reason why they became so frustrated with WWE is because of the way WWE treated their tag team division.

Braun Strowman and Nicholas’ reign as RAW Tag Team Champions didn’t last long either. The titles were relinquished soon after that because Nicholas had to go back to school.