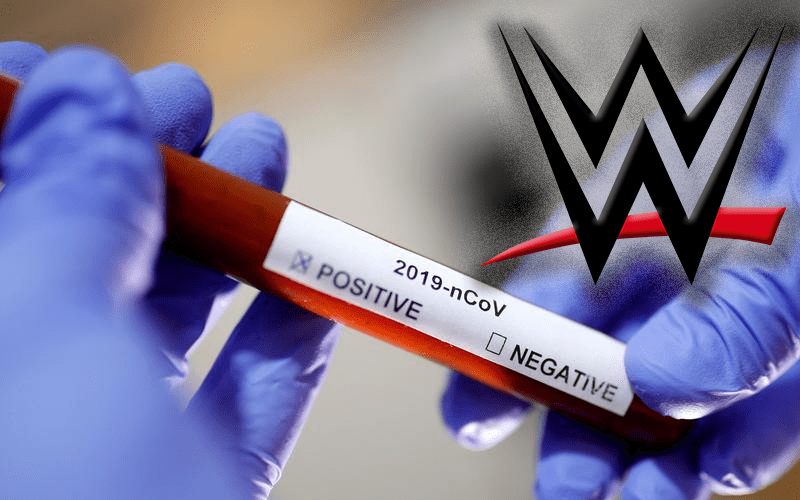 WWE is taking all the precautions they can while dealing with the current global pandemic. They are taping at an empty WWE Performance Center and using tons of cleaning tactics. There has only been one WWE employee to test positive for COVID-19, but they didn’t step foot on WWE’s property with the virus.

During Wrestling Observer Live, Bryan Alvarez provided more information on the positive COVID-19 test in WWE. He did not reveal who the on-screen employee was, it was previously revealed that they are part of the broadcast team.

Alvarez did state that this person was infected off WWE property, and they never came back with the virus in their system.

“There was one WWE performer who contracted coronavirus. The impression I was given is that it had nothing to do with WWE whether WWE was taping or whatever. It was something that happened outside of WWE. This person has somewhere away from WWE when they got it. They never showed up to WWE television when they found out they got it. That’s like the one that we know of so this taping and going live, I’m not a fan of it, but I’m fair. Nothing has happened.”

The infected WWE employee is doing better. Previous reports stated that they were infected after one of the nights of WrestleMania 36’s filming. This person went out after WrestleMania and spent time socializing with people in the medical field. That is when they contracted the virus.

At this time, no other positive COVID-19 case has been discovered in the company.