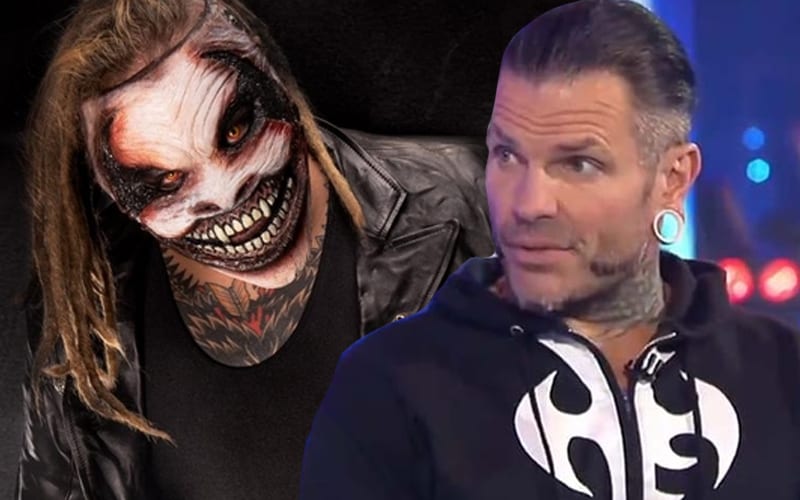 Jeff Hardy spent a long time away from the ring while dealing with an injury and personal issues. He was paying attention to the product during his absence. The Charismatic Enigma seems set on spending some time in the Firefly Fun House.

While speaking to After The Bell, Jeff Hardy said he would love to have one more World Title reign. He also has a few “crazy cool ideas” for Bray Wyatt if WWE puts him in a program with the leader of the Firefly Fun House.

“I’d love to work with The Fiend, Bray Wyatt. I’ve got some crazy cool ideas and Beth (my wife) helped me with this one. I was like ‘what if there was something like the Twilight Zone?”

“I’m just excited about crazy creativity like that you can throw out there to see if it sticks and not be afraid to go out there and be open minded and creative.”

Jeff Hardy might be a suitable opponent for The Fiend eventually. You never know what kind of crazy angle WWE could figure out as well. Jeff Hardy and his wife seem to have some good ideas.