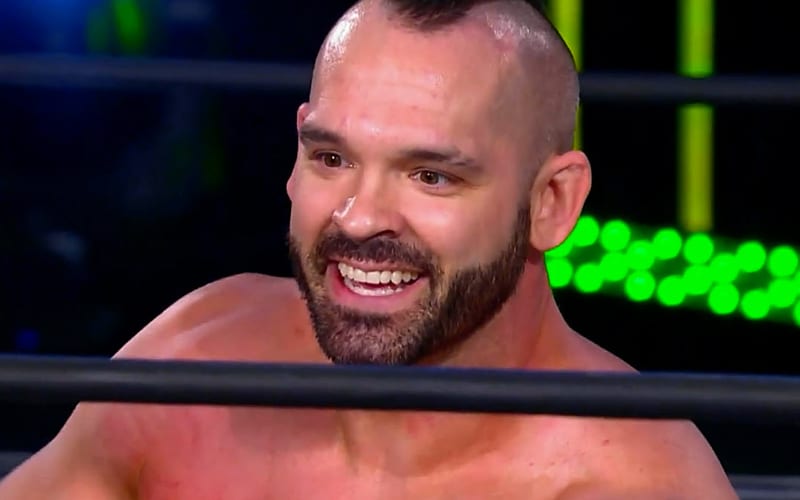 Shawn Spears ended up in AEW after finally being granted his release from WWE. The former Tye Dillinger tried his best to make a name for himself in AEW. His attitude and manager Tully Blanchard helped a lot. Now he has a new finisher.

Shawn Spears had an enhancement match this week on Dynamite. He hit his opponent with the C4. Then he took his time and ended the match in a much different way. The Canadian wrestler latched on the Sharpshooter and made his opponent tap out.

Special attention was called to Shawn Spears’ modified Sharpshooter. Chris Jericho praised him on commentary for paying tribute to Bret Hart as a fellow Canadian. We’ll have to see if he keeps that move, but Spears had a very successful outing with it this week.