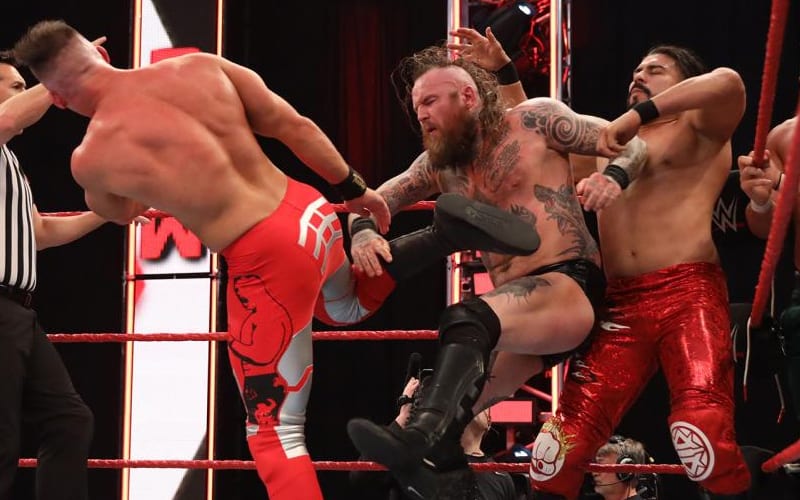 WWE put on the best show possible for RAW this week. They didn’t use a ton of different Superstars, but they are also recording under less than preferable conditions with a worldwide pandemic all around them.

During Wrestling Observer Radio, Dave Meltzer noted that WWE had “a very limited crew” for RAW this week. Since WWE had a limited number of performers they could use the company had to make the most of who they had to work with.

“What’s notable is there must be a lot of guys for whatever reason unavailable right now because pretty much whole show is Drew McIntyre and Zelina Vega’s guys and they’re pretty much the only people they focused on.”

WWE recorded two episodes of RAW this week. The second episode they filmed is the Money In The Bank go-home episode which will air next week. Odds are fans will see a lot of the same Superstars who appeared on this week’s show.

Are you enjoying the empty Performance Center shows? Sound off in our new and improved comments section!