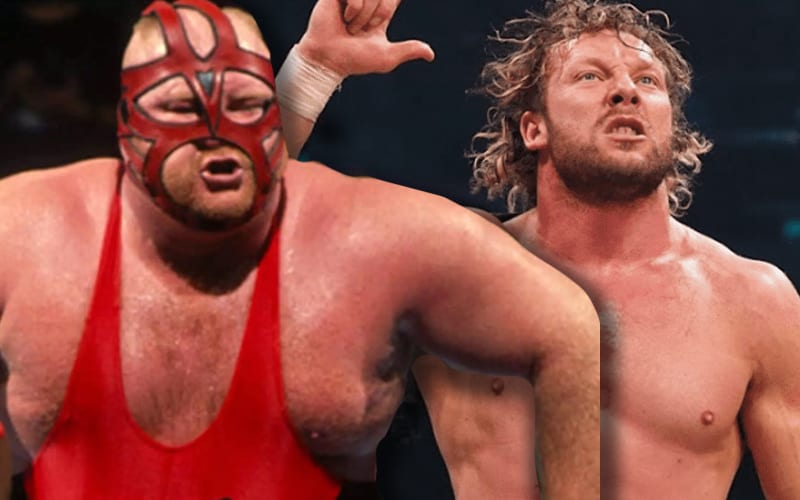 Vader is no longer with us to defend himself, but he did more than his share of defending himself during his historic life. Joey Ryan recently made a comment about how Vader took liberties with enhancement talent and it sparked an inferno.

The battle was sparked on AEW when it took Kenny Omega far too much effort to defeat an enhancement talent. It was said that Omega didn’t look good in a match designed to put him over. Joey Ryan commented saying that he’d rather watch Kenny Omega work an enhancement mach like that than watch Vader demolish someone.

Give me Kenny Omega making his enhancement talent look credible and a threat over Vader taking liberties on a guy just trying to get a job. Thankful that the bully culture in wrestling has declined and that we’re evolving past it.

Jim Cornette saw this comment and he didn’t seem to appreciate it. He took a shot at Joey Ryan for calling out “bully culture” in the first place. Cornette capped everything off by saying Ryan is “an insufferable whiny douche” who needs a part of a human autonomy powdered that we’re pretty confident the King Of Dong Style doesn’t have.

Morning thoughts on Dick Boy: 1. A grown man using the term “bully culture” is a pussy. 2. He BETTER be glad wrestling’s changed or his ass wouldn’t be allowed in it. 3. There is Evolving and DEvolving. 4. @JoeyRyanOnline is an insufferable whiny douche & needs his pussy powdered

Joey Ryan responded by pointing out how Vader did pummel his opponents badly at times.

The gentlemen he wrestled was in no place to cover up or fight back without getting heat on himself. Having numerous peers and colleagues careers shortened by head injuries, I’m thankful it doesn’t need to be this way anymore.

Vader’s son runs his legendary father’s Twitter account. He responded saying that everyone has their place on the card. Joey Ryan plays his part just as Vader did his.

He also noted that Vader vs Kenny Omega would have blown the roof off of the Tokyo Dome. He seemed to ignore

Every1 has a spot on the card & @JoeyRyanOnline has his. Different flavors and maybe this isn’t his. When pops was green with AWA he was in the ring with Brody and Stan A LOT. Connecting the dots but Pops made his believable just like Brody/Stan did. Pops resume:13 WorldTitles

On an additional note… Pops and @KennyOmegamanX in @njpw1972 at the Tokyo Dome both in their primes woulda been $$$.

Kenny Omega joined the conversation where he said it “Would have been an incredible honor. Personal dream match, (especially in that setting).”

Vader vs Kenny Omega might have been brutal and taken years off of either men’s career. It would have still been an epic contest to watch take place.

Who would win between Vader and Kenny Omega? Sound of in the comments below!