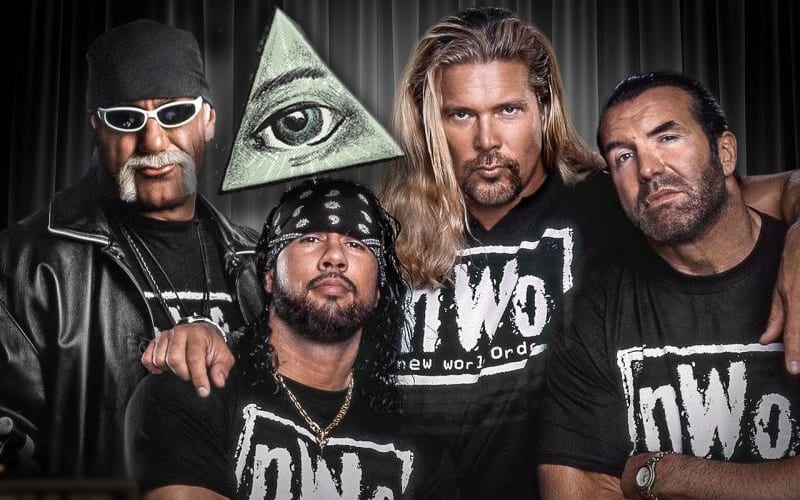 The nWo were set to be inducted into the WWE Hall Of Fame this year. Apparently, not everyone has heard of the famous pro wrestling stable. One woman saw that Walmart was selling nWo merchandise and she lost her mind over it.

One woman saw that the nWo infiltrated her local Walmart and she immediately took to Facebook.

Now found in your local Walmart stores! Global Elites pushing for the NWO (NEW WORLD ORDER) Which includes one world leader, one world religion, one world currency, and one world government. Time to show Walmart what we think! #SupportSmallBussiness

We are censoring out the name of this woman. She is known for posting a lot of conspiracy theories and radical religious messages. Obviously, she thought the nWo was invading through Walmart.

Some people on her timeline joined the fight. They were triggered that the nWo was coming at them as well. Some people eventually chimed in and let her know that it was a WWE thing. She still didn’t seem to think the reference was very appealing.