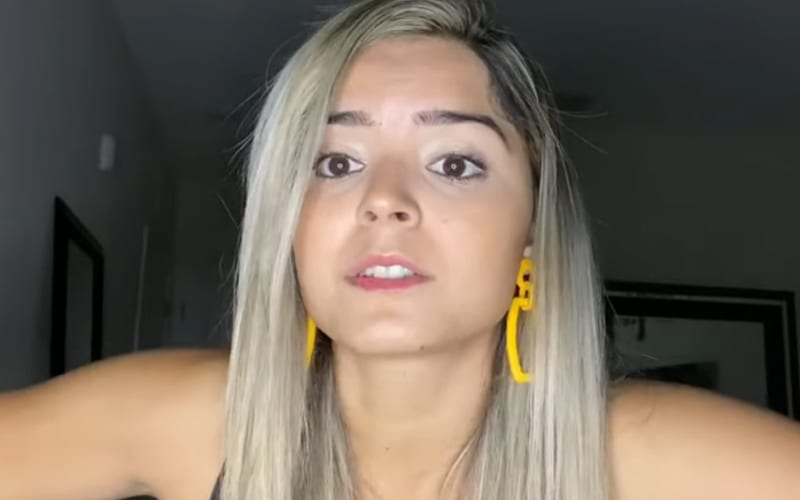 Taynara Conti was released from WWE along with so many others. The company also axed over 100 office workers and backstage staff who fans might never know about. Taynara Conti was never afraid of speaking her mind about how much NXT was paying her. Now she’s breaking her silence following her release.

Conti explained that she was taking care of personal things like her visa before talking to fans. She said, “I’m okay, I’m happy, I’m healthy and I’m excited for the future, for real.”

She was with WWE for just over 2 1/2 years and she called it “the most crazy and amazing opportunity of my whole life.” She will always be grateful. She learned a lot in WWE including how to perform and speak English.

The Brazilian former WWE NXT Superstar had nothing but good things to say about WWE at first. She then went on to say that she wasn’t really happy in the last few months.

“In the last couple of months I wasn’t feeling it anymore. I was not happy. As you guys know I have a background in judo so I was competing with myself. I need to feel like I’m growing like I have space to grow. I wasn’t feeling like that anymore. I talked to them. We tried to figure it out and I was just not happy and I am like when I’m not happy I try to change. If I can change, let’s go — move on.”

“I asked for my release two months ago. They were not able to give it to me then. I had no option but to try again. Then in the middle of the pandemic I was at home and I got a call — ‘Hey Tay, bye!’ They released me.”

Conti said it was a shock at first. She was upset, but now she’s okay about it. Taynara Conti needed to figure out a few things about the fact that she is an unemployed Brazilian living in America before telling her story.

She loves WWE and now has happy thoughts about her entire experience with the company as the first-ever Brazilian Superstar.

What do you think Taynara Conti will do next? Sound off in our new and improved comments section!