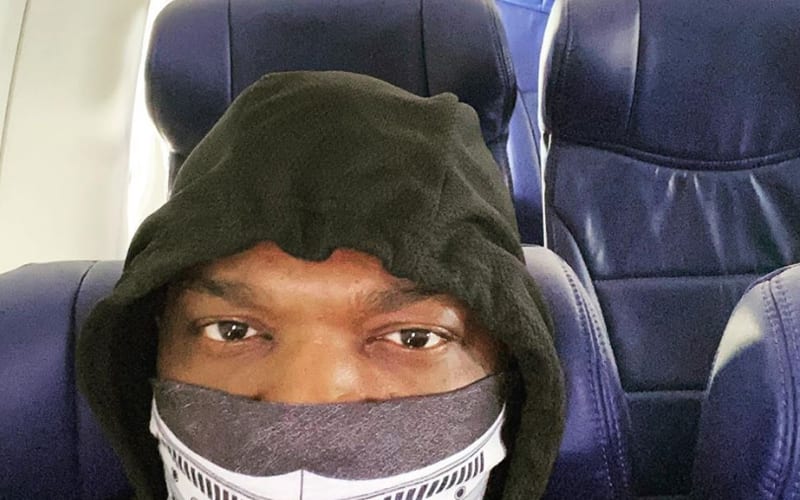 WWE Superstars are making trips to Orlando for their Performance Center tapings. They are some of the only people making flights right now.

Shelton Benjamin tweeted out a masked selfie of himself on a plane. There were only 8 people on his entire plane. It definitely made social distancing possible.

WWE is going to start taping episodes next week. They will record two episodes per day and it’s unknown if any of them will be 100% live. Since the company is still recording biweekly, it doesn’t give two weeks for proper isolation between trips.

Have you traveled during the pandemic? How many people were on your flight? Sound off in the comments below!