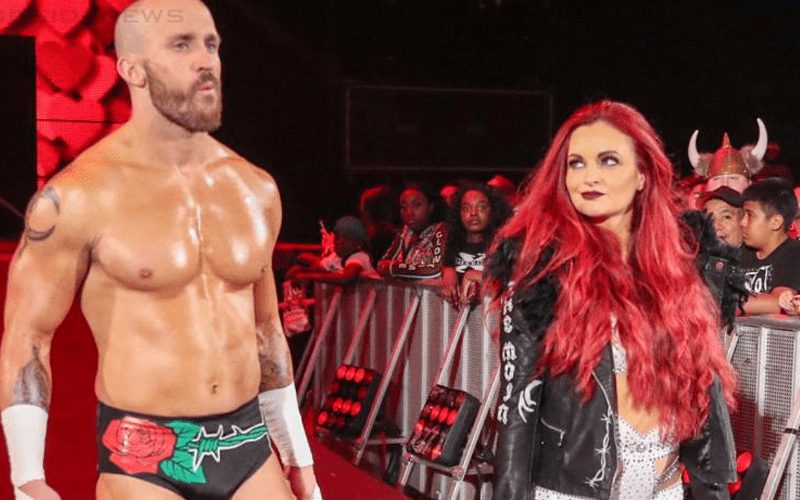 Mike and Maria Kanellis were both released from WWE on the same say. It was a hard day for a lot of people. WWE cut the husband and wife team, but they didn’t do it at the same time.

While speaking to Wrestle Talk, Mike Kanellis explained that he and wife Maria had an idea that their releases were coming. When word got out that Vince McMahon was axing people they assumed that they would getting cut. They didn’t expect two separate phone calls from Mark Carrano, but that happened as well.

‘We got a video sent to us from the boss telling us they were going to start laying people off and they would call you if you were one of them. When we got that video I looked at Maria and was like “oh yeah, let’s get ready” Kind of jokingly I was like “its us, it’s going to happen” We both kinda knew it and then an hour later we got a call from Mark Carrano who is Head of Talent relations, he was another guy who was super good to me,  and I have nothing bad to say. It was one of the things I said to him on the phone, “I wish went a little bit different than it did, but I’m not going to yell and scream at you because you guys gave me a fun three years and then they called my wife. They are not going to tell me to tell my wife. Mark has known my wife longer than he has known me. He adores my wife and she adores him.  We both kinda knew it was happening but there’s always that small hope in the back of my head where I was like “just release one of us. Just hold on to someone else”

Mike and Maria Kanellis seem interested in going back to Japan. We’ll have to see what they’re able to do because the world needs to open up before a lot of those plans can take place.