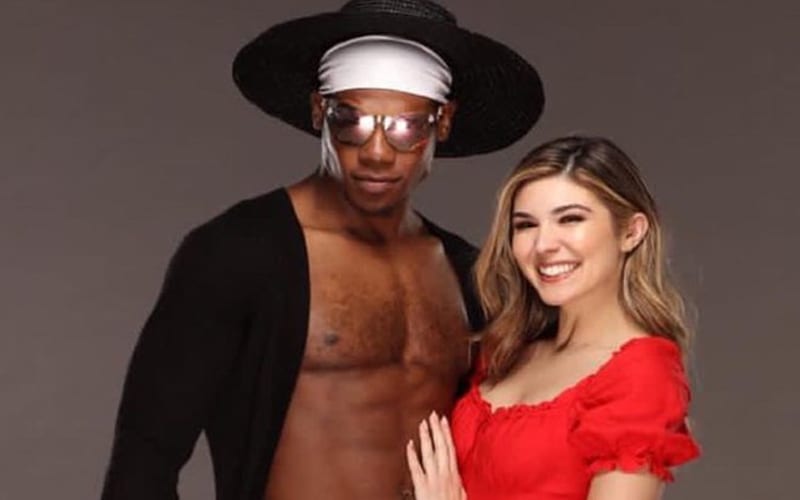 WWE experienced a lot of losses yesterday. Cathy Kelley left the company after NXT TakeOver: Portland. She was not a part of yesterday’s releases, but Velveteen Dream just sent out a tweet letting her know that he’s thinking about her along with everyone else who was released.

Dream tweeted out a picture of himself with Kelley from when they were dating. He stated that he’s thinking of Queen Cathy right now. This generated quite a bit of attention from fans.

Thinking of Queen Cathy and everyone else in the WWE Family,
Past & Present

Cathy Kelley hasn’t posted anything publicly that we have seen about her losing work. She did send out a tweet yesterday after the WWE releases saying that she was heartbroken for her friends.

What do you think about Velveteen Dream’s tweet? Sound off in our new and improved comments section!