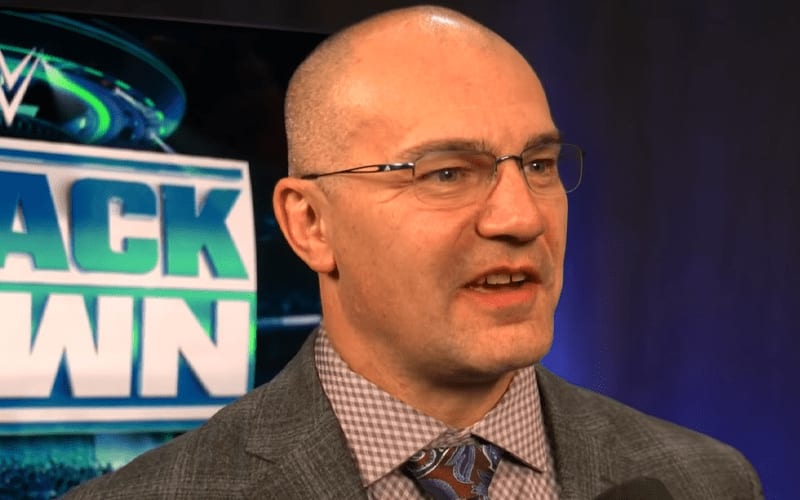 Original: WWE had to release eight Superstars so far. Now nine producers have been axed as well.

Rotunda, IRS was actually on WWE The Bump today, on April 15th of all days. Lance Storm just recently shut down his wrestling school and joined WWE. Shane Helms had previously hinted about his release. These are all sad releases.

Aiden English was also released from his role on commentary.

The company is no longer running live shows. They bulked up their producer crew in order to give some people a better schedule. Now that everything is at the WWE Performance Center it looks like only certain people were deemed essential.

We will keep an eye on this story right here at Ringside News.