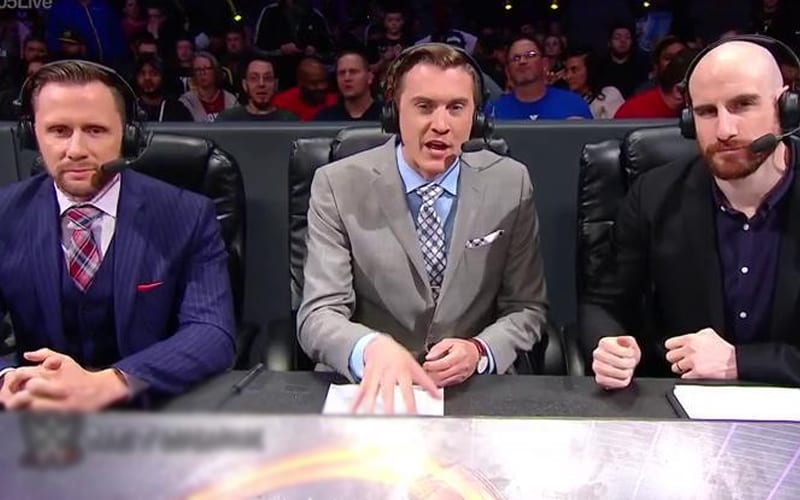 WWE needed to release up to 40% of their staff today. This is a very sad day for the company and now another release has been confirmed.

PW Insider reports that WWE has released Aiden English from his contract. He was previously a voice on 205 Live.

English spent time as a Superstar before being transitioned into a commentary role. He said that his in-ring career isn’t over. Now he will have to figure out something else away from WWE.

Aiden English is added to the ten backstage producers including Kurt Angle that WWE axed today. The company has also released eight Superstars so far.

What do you think about all of these WWE cuts? Who do you think will get cut next? Sound off in the comments below!