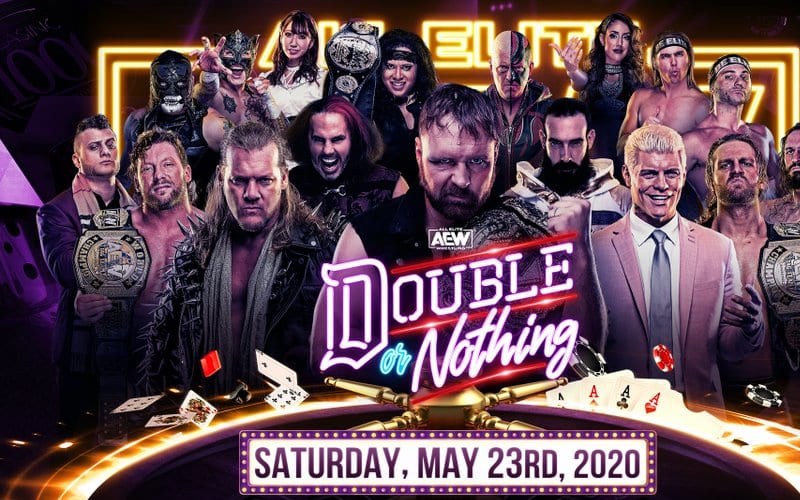 AEW Double Or Nothing was set to take place in Las Vegas this year. That is not happening, but the show is still going down.

All Elite Wrestling just confirmed that Double Or Nothing is still on. More details about the event will be announced soon. It will be on televised pay-per-view on May 23rd.

UPDATE ON DOUBLE OR NOTHING

AEW’s DOUBLE OR NOTHING event will be televised on pay-per-view as scheduled on Saturday, May 23, at 8 p.m. ET (5 p.m. PT). Additional details related to DOUBLE OR NOTHING, which was initially scheduled to be held at the MGM Grand Garden Arena in Las Vega, will be revealed in the weeks ahead with features of the event itself ultimately being determined by the latest guidance of national and global health authorities.

The highly anticipated event will be available for purchase via iN DEMAND cable operators, DirecTV, DISH Network and B/R Live. International fans can purchase the event at http://FITE.TV .

The DOUBLE OR NOTHING live event originally scheduled May 23, 2020, has been rescheduled for the MGM Grand Garden Arena on Saturday, May 29, 2021.

What would you book for AEW Double Or Nothing? Are you interested in buying a pay-per-view with zero fans in attendance? Sound off in the comments below!