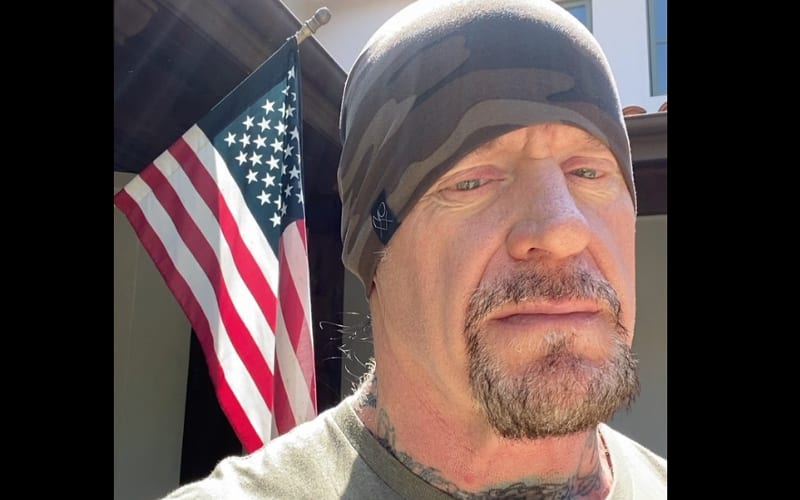 The Undertaker is doing what he can during the coronavirus pandemic. He is offering his time to help out and raise money for food that will go to those who really need it right now. The prizes that the Deadman is offering are pretty cool, too.

Taker released a video saying that is taking part in the All In Challenge. He is offering a dinner with himself where he will talk to a fan all they want about wrestling or whatever their heart desires.

He will also bring along one of his custom ring jackets that he wore at a WWE pay-per-view. He didn’t specify which jacket he intends on bringing.

Before closing out the video, The Undertaker also sent this challenge to Post Malone and Jesse James. You can check out the video below.

It will be interesting to see how much dinner with The Undertaker will go for considering the prices fans pay at meet and greets for a photo.

How much would you pay for a dinner with The Undertaker? Sound off in the comments below!