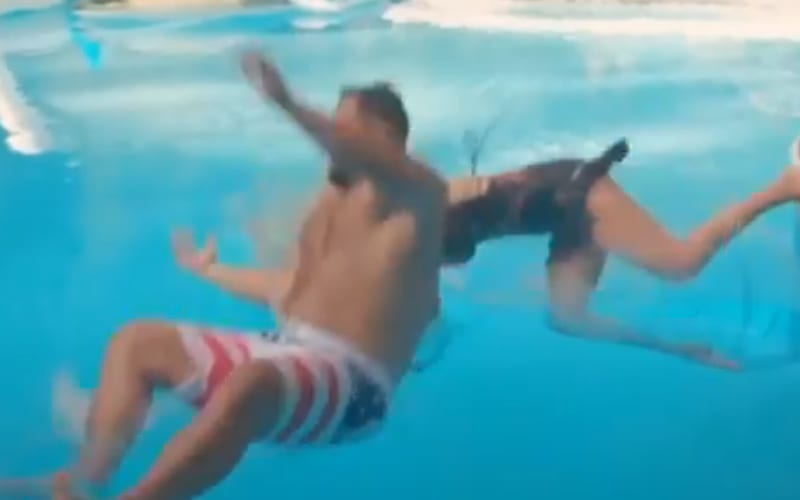 Lana left Rusev for Bobby Lashley, but there is a reason for this. The Ravishing Russian recently revealed footage of The Bulgarian Brute nailing her with a famous finisher. She claims that was what really did the relationship in.

Click here to check out Mandy Rose and Lana’s bra and panties dance-off.

Lana recently uploaded a new video on TikTok showing her kayfabe ex-husband Rusev hitting her with an RKO. They were poolside so this move went directly into the water.

It looks like Lana was okay after taking the water bump, but she still claims that it caused the end of her marriage.

Lana and Rusev are still married in real life, but not on WWE television. Rusev has been off of WWE television for quite a while. He was reportedly pulled because he hasn’t signed a new contract yet.

What do you think about this video? Do you think Lana had it coming? Would you divorce your spouse over this? Sound off in the comments below!