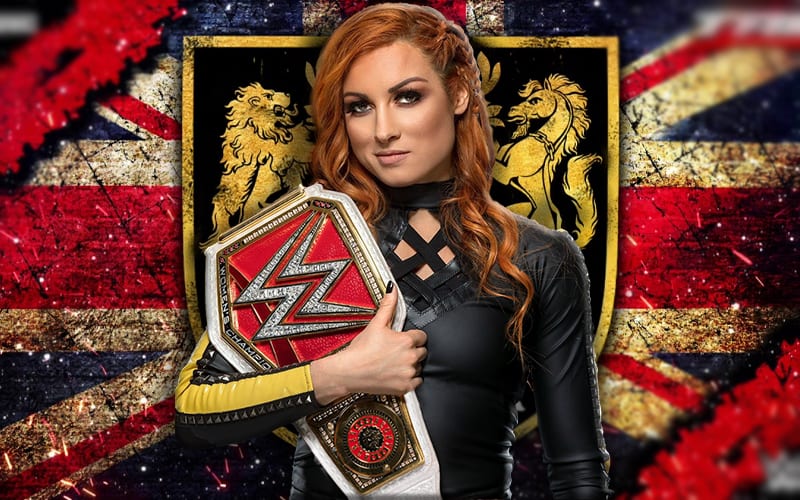 Becky Lynch is still the RAW Women’s Champion after WrestleMania 36, but she has interest in wrestling on another WWE brand. NXT UK had to suspend a lot of their operations and NXT TakeOver: Dublin is now postponed. The Man would love to come around whenever she can.

While speaking to the Irish Mirror, Becky Lynch said that she would love to wrestle at NXT UK TakeOver: Dublin. In fact, she put in a request for that event.

“I would love to (be involved at NXT UK TakeOver: Dublin). The request was already put in… on my end anyway.”

WWE rescheduled NXT UK TakeOver: Dublin for October 25th. Hopefully the world’s current circumstances will be past us all by that point.

Becky Lynch might have to wait a few months, but she seems totally down to wrestle in Dublin when the time comes.

Who would you book Becky Lynch against from WWE NXT UK? Will The Man become Becky Two Belts once again? Sound off in the comments below!