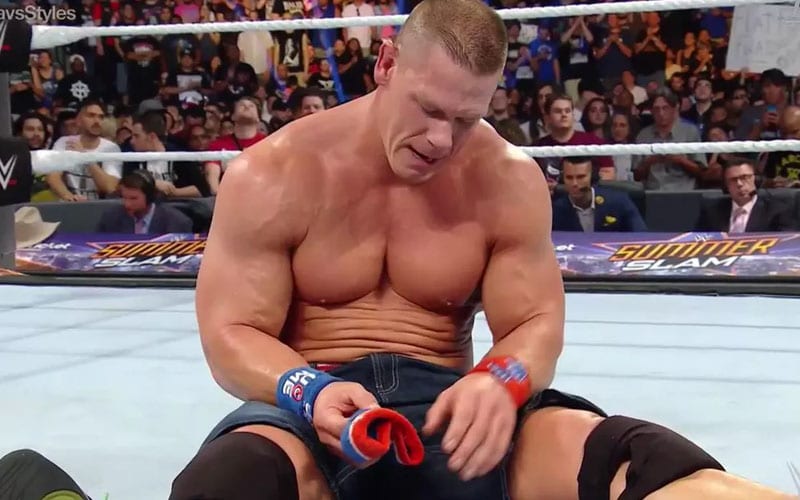 John Cena and Bray Wyatt’s Firefly Fun House match at WrestleMania 36 was not a physical encounter. Cena took no real bumps throughout the entire cinematic match. Was that the end of his WWE career?

It’s unclear what their encounter would have looked like in Raymond James Stadium, but the Firefly Fun House was certainly a unique experience. They took fans through quite a trip through insanity and WWE is milking it all they can with merchandise.

John Cena sent out a tweet recently that was quite cryptic. He said that “all things end” which led some fans to wonder if he was talking about his in-ring career.

All things end. When it’s time to leave, leave them guessing.

One day later, John Cena tweeted out another message that could be interpreted as a sign that he is looking toward the end of his in-ring career. The world is a very uncertain place right now and John Cena’s WWE career seems to be in question as well.

Uncertainty brings about many challenges. One of the toughest, most important challenges we face each day is to be our best selves. It’s a challenge certainly worth the effort.

John Cena admitted that doesn’t think he’ll ever retire in the past. These new tweets could give fans a reason to believe he’s changed his mind.

Do you think John Cena will come back to WWE? How would you feel if his final match is the Firefly Fun House Match at WrestleMania 36? Sound off in the comments below or on any of Ringside News’ Official social media platforms.