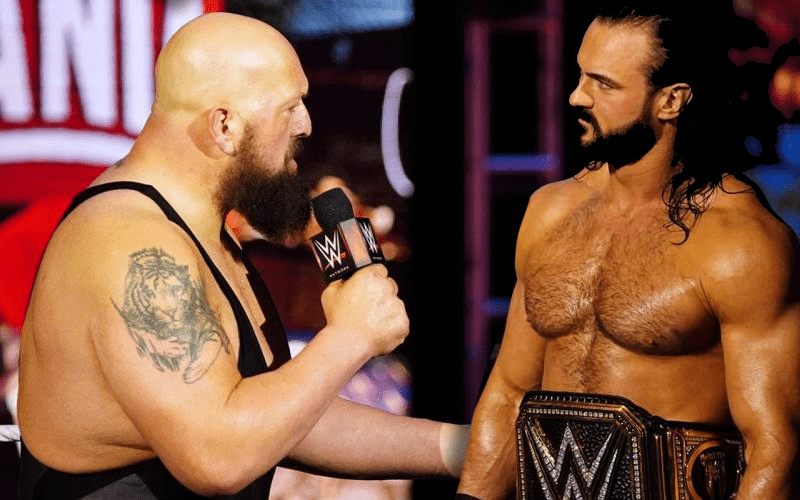 Drew McIntyre went back to the ring twenty minutes after his big WWE Title match at WrestleMania 36 against Brock Lesnar. The The Big Show came out and challenged him for the title which was a big surprise.

A lot of fans were confused as to why WWE booked an impromptu WWE Title match in this way. McIntyre retained over The Big Show in his first title defense and he looked strong in the process. That was WWE’s goal.

PW Insider reports that WWE’s intentions for McIntyre vs Big Show was to show McIntyre overcoming another monster. WWE is obviously building Drew McIntyre to be a very tough champion.

The idea to show McIntyre beating both Lesnar and Show in succession, taking out two of the biggest beasts in the company in one fell swoop.

Drew McIntyre said that he can’t wait to carry the WWE Title into an arena full of fans. He will have to wait until that can happen. If he continues being booked in this strong manner odds are McIntyre will have a very successful title reign.