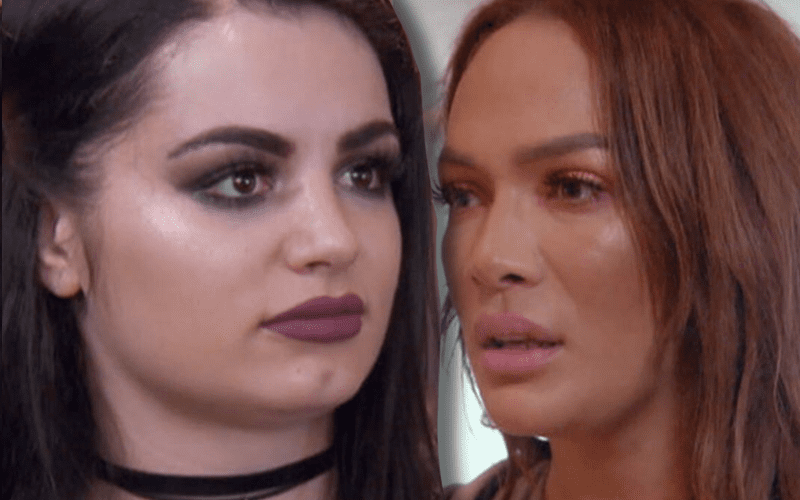 Nia Jax made her return to WWE during the RAW after WrestleMania. That show was actually filmed before WrestleMania 36, but WWE had a reason for that.

Paige and Nia Jax are close friends. Their friendship has been featured on Total Divas and countless social media posts. Obviously, Paige was very excited to see Nia Jax return.

While on WWE Backstage, Paige discussed how she felt about seeing her good friend step back in the ring. She also explained how it came about that Paige gave Nia Jax her finishing move.

“I’m super excited honestly, I can’t believe it’s been a year already. I feel like she recovered really quickly, she had two knee surgeries. She’s a superwoman. She was at the PC and she texted me and she said she wanted to try something special, something new and she asked me, ‘Hey can I use your finisher?’ I was like, ‘Yeah, of course.'”

“It was like a bittersweet feeling because it made me feel like I wasn’t going to be using it anymore, but at the same time it was amazing when she used it and it gave me chills and now she can hold onto it. Kinda like passing the torch, you know? It was kinda cool to see. I was tearing up like, ‘this is so good.'”

Nia Jax’s return to the ring marks nearly one year out of action for her. She was determined to make it back to WWE. Now we will have to see what is next for the Irresistible Force.