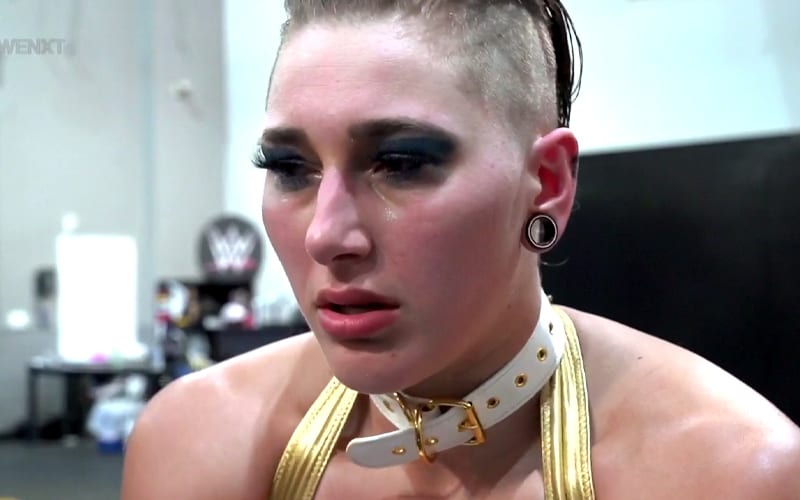 Rhea Ripley was unable to retain the NXT Women’s Title at WrestleMania 36. She lost the gold to Charlotte Flair and it was a hard defeat to take. Ripley isn’t looking for sympathy.

This message was seen by the former NXT Women’s Champion. She responded by saying that she’s not looking for a “pity party.” She just needs to do one thing that she knows best.

I don’t need your pity party.
I need to do the one thing that I know best…

Odds are Rhea Ripley isn’t done chasing the NXT Women’s Title. She did not go back to Australia, and she will likely take part in the upcoming WWE NXT television tapings.

Io Shirai won the ladder match on NXT this week so she is The Queen’s next challenger. Rhea Ripley won’t be far behind as she continues to climb the mountain back to the top.