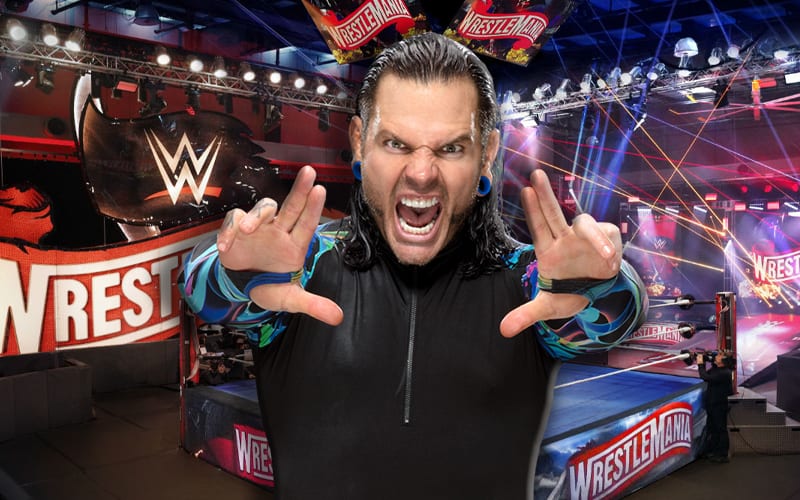 WWE needed to make some quick decisions at WrestleMania 36. When Roman Reigns pulled out of the Universal Title match it sent the backstage area into rewrite mode. Braun Strowman won the title from Goldberg, but WWE had another idea for a time.

Click here to find out why Braun Strowman really won the Universal Title at WrestleMania.

WWE planned for Goldberg to win his match at WrestleMania after Roman Reigns pulled out. Then Goldberg showed no interest in coming back for another match so soon.

WWE needed to book someone else who would win the Universal Title. Wrestle Talk revealed that Jeff Hardy was up for consideration for a time.

There were reportedly talks of giving Jeff Hardy the role, but WWE ultimately went with the “Monster Among Men”.

Jeff Hardy just returned to action after being out of the ring since April 20th, 2019. He went through a real personal transformation after going to inpatient rehab for the first time in his life.

The Charismatic Enigma was apparently up for consideration for this big WrestleMania role. Braun Strowman was ultimately the man that the company decided to go with.