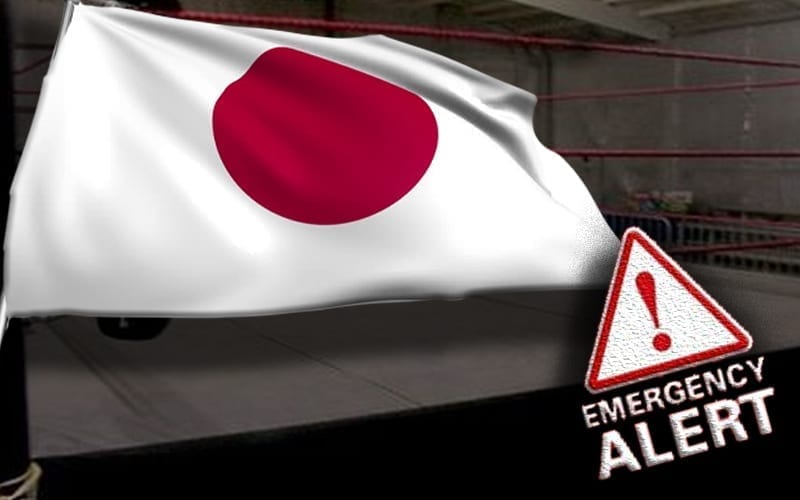 The novel coronavirus pandemic is not stopping. Measures are being taken to slow the spread with social distancing and isolation, but this is unlike anything we’ve ever dealt with before. Japan thought they had things under control. Some companies started running live wrestling shows again and things were slowly opening back up. That was a bit premature.

Japan’s prime minister, Shinzo Abe, has announced a month-long state of emergency in response to the coronavirus pandemic.

“We are not at a stage where rapid nationwide spread is being observed, but some areas are under pressure, so we don’t have the luxury of time.”

“To relieve that pressure there will have to be a transformation in people’s behavior. Preventing an explosion in cases, saving people in serious conditions and protecting you and your loved ones depends on how we change our behavior.”

Abe also asked the people of Japan to limit their contact with others by 70%-80% during this time. This very likely means that no Japanese pro wrestling shows will be permitted. It’s unclear what the status of closed-set tapings are at this time.

Stardom just had to nix another run of shows. They have canceled all shows until May 6th which is when this new emergency order is lifted.

Fans can probably expect even more events to be cancelled for New Japan Pro Wrestling as well. The company cancelled events up to April 12th, but Wrestling Dontaku 2020 is scheduled in Fukuoka over two nights on Sunday, May 3rd and Monday, May 4th. That event will probably not be possible with this new decree from Japan’s Prime Minister.