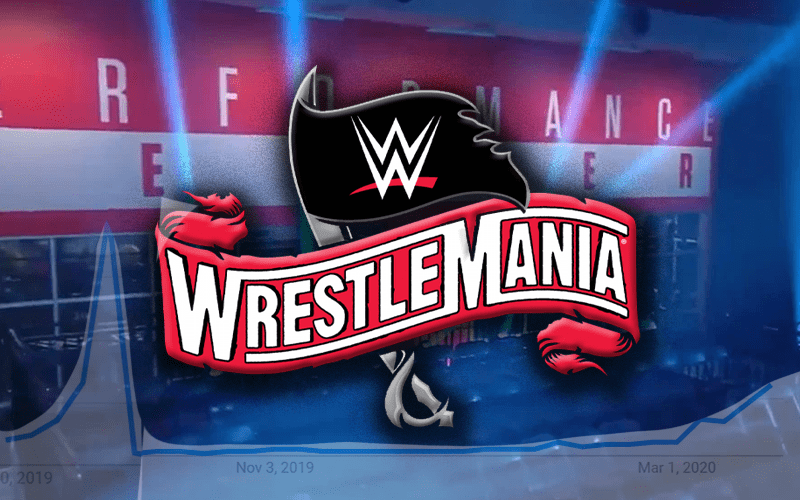 WWE is holding WrestleMania this year, but Axxess, NXT TakeOver: Tampa, and the WWE Hall Of Fame were all nixed. Zero live fans also means no indie events and the entire pro wrestling scene is hit hard by a world pandemic that stopped most gatherings. Since pro wrestling is largely a business based around gatherings that was an instant issue.

The top Google search associated with WrestleMania this year is “WrestleMania coronavirus.” This just shows that even wrestling fans’ searches for the show of shows were altered by these terrible world events.

As you can see from the chart below, fans haven’t been searching for WrestleMania this year when compared to last year. We ran a thirteen-month span of Google search trends for “WrestleMania,” and the results were quite shocking.

WrestleMania peaked last year with a 100, but this year, it peaked at at 31 as of this writing.

WrestleMania 36 will be a two-night event. Hopefully, the company will figure out something to do that sparks interest. The fan base could certainly use some extra motivation. It just doesn’t seem like WrestleMania season with the coronavirus around for a lot of fans.