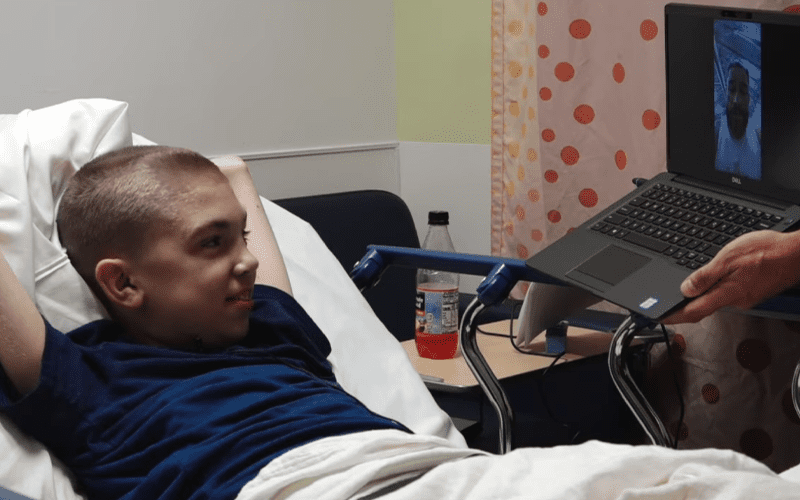 Roman Reigns has made a lot of headlines recently. A very hot topic is how he decided against working hist scheduled match at WrestleMania 36. The Big Dog recently paid a special young fan a visit while staying in isolation.

Reigns recently visited a 15 year old fan named Anthony Primavera. This young fan is battling kidney disease and he gets dialysis on a regular basis. When Anthony was at a regular appointment at Joe DiMaggio Children’s Hospital in Hollywood, Florida he had a big surprise.

Local 10 News reports that Roman Reigns sent a video message for Anthony to let him know that he’s thinking about him. Anthony was a bit disappointed that Roman Reigns flagged himself before WrestleMania and didn’t compete. He does understand.

What made things worse for Anthony is that he had tickets for WrestleMania. When WWE moved the show of shows to a zero audience setting that was a pretty sad moment too.

It was a pretty big surprise when Anthony’s nurses were able to arrange this little gift from Roman Reigns. You can check out the video below.