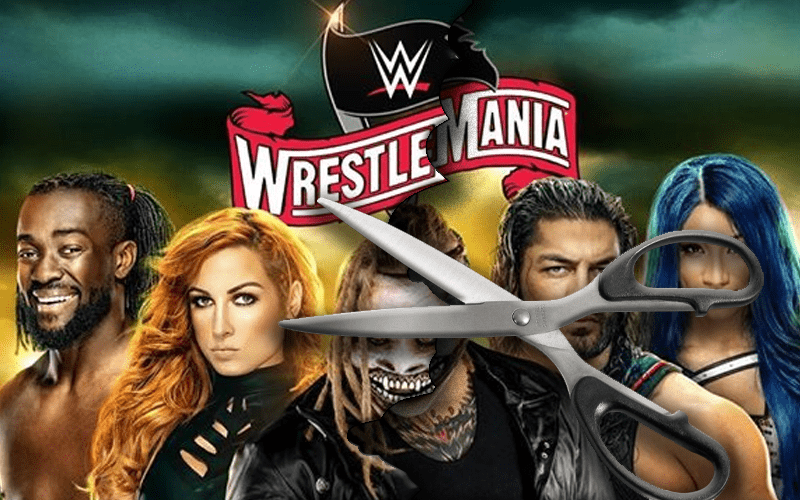 WWE found themselves in a unique situation for WrestleMania 36. They filmed the event with plenty of time to edit in post.

Friday Night SmackDown featured a segment where King Corbin caused Elias to fall off of a high balcony in the WWE Performance Center. The segment was edited in post production to make it much more theatrical.

During Wrestling Observer Live, Bryan Alvarez discussed what to expect from WrestleMania 36. We can certainly expect more scenes where editing in post helps tell the story.

“They’re gonna have a lot of time. Like, 10 days to edit WrestleMania. For better or worse, I mean that gimmick that you saw with King Corbin where Corbin whacked [Elias] and there was a shot of him falling from a great height and then the crash and then a shot from the other angle looking down at him — that’s gonna be some of the stuff at WrestleMania.”

WWE will be back and live crowds will return as well. This is a difficult time for everyone as we try to carry on.

In the meantime, the company will continue doing the best they can to present any type of programming. This also affords them the opportunity to play with things in post which they are taking full advantage of for the show of show.