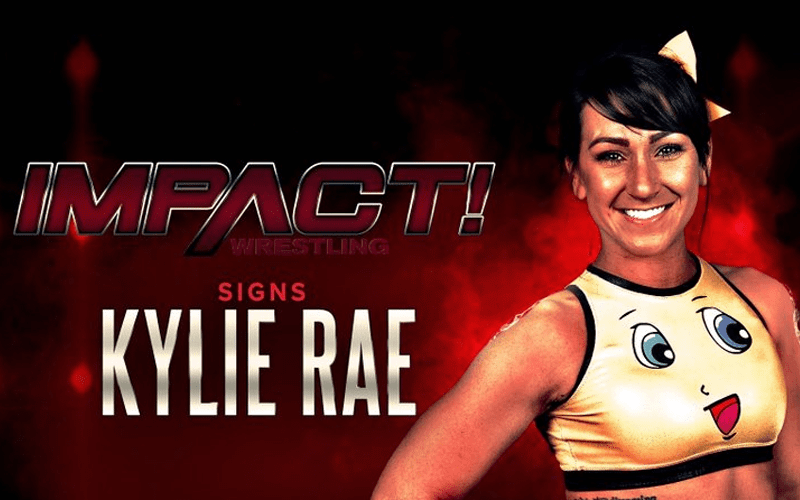 Kylie Rae holds the distinction of being the first star released from AEW. She requested her release from All Elite Wrestling and later explained her reasoning for wanting to be let go.

Since her AEW release, Kylie Rae took some time off of wrestling. She later came back and started working local Chicago shows once again.

Now Kylie Rae is in Impact Wrestling. She showed up at a couple of events for the company already on their Twitch channel. Now her deal is official as Impact Wrestling revealed that Kylie Rae has signed a long-term contract with them.

BREAKING: @IamKylieRae has signed a long-term contract with IMPACT Wrestling!

Specifics of her deal regarding exact length were not revealed. It does ensure that Kylie Rae will be showing up on Impact Wrestling on a much more frequent basis.