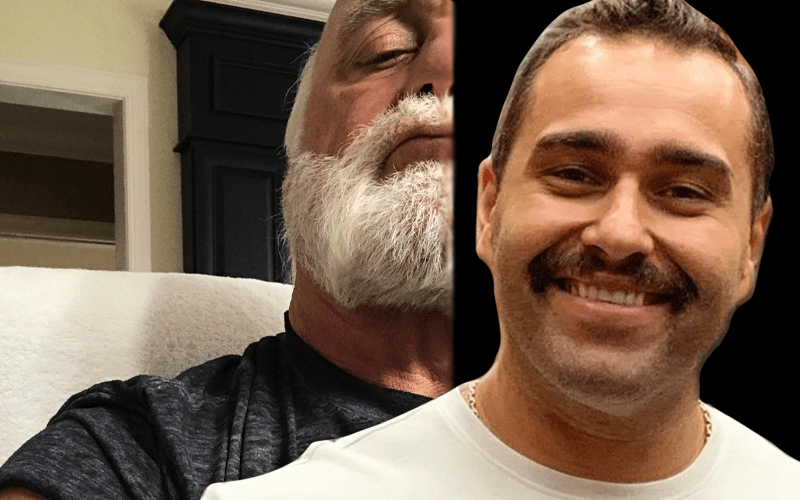 Hulk Hogan is rocking a big beard right now, but he’s still pumping iron in the gym. All of that weightlifting seemed to have caught up with The Hulkster. Now he’s sporting a painful looking biceps injury.

The two-time WWE Hall Of Famer revealed on social media that both of his biceps have been torn for 25 years. Then he stated that this makes him and Rusev “long lost brothers,” BROTHER!

Both of my biceps have been torn at the insertions for 25yrs,today I tore my right bicep where it goes in at my front deltoid,well I guess Rusev and I are long lost brothers! BROTHER. HH damn it burns!!!

Rusev replied saying that they are just a couple of real Americans.

Hulk Hogan looks to be in good spirits. Rusev didn’t respond with a selfie, but if he did then he would have been sporting a bald head.