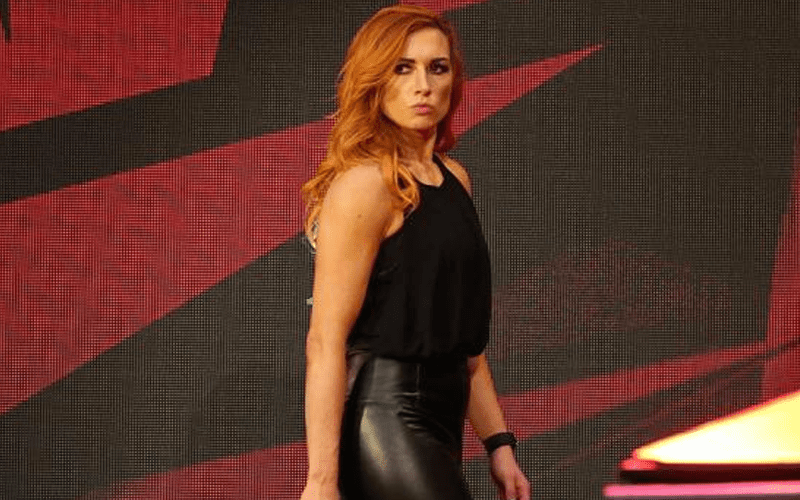 WWE is carrying on with WrestleMania 36 plans, but they had to relocate. Becky Lynch vs Shayna Baszler is one rare match that didn’t see any alterations this year.

The road to WrestleMania was a wild one and fans aren’t done yet. The company needed to film all television content including the show of shows last week.

Becky Lynch called in and did an interview with Not Sam Wrestling. She was asked if things have slowed down for her at all. They have, but The Man used that time to think about how they can carry on with the planned storyline under these unique circumstances.

“Actually yes [I have slowed down], but in the best possible way I think sometimes you’re so busy going and you don’t really get a chance to think about everything that’s going on and it gives you time to sit back and get a little bit more creative and think when things like this are happening how can you adjust? How can you make the story go forward in a different way? How can you push the envelope in ways that people aren’t doing. So that’s what I’ve been contemplating. When you don’t have those obstacles you don’t think about them really.”

Becky Lynch will be on RAW this week. She will likely have a lot to say because she’s rarely at a loss for words. Shayna Baszler will also present a challenge unlike anything Becky Lynch has faced before.

At least it sounds like they were able to give their feud plenty of thought while piecing things together in an unconventional way.