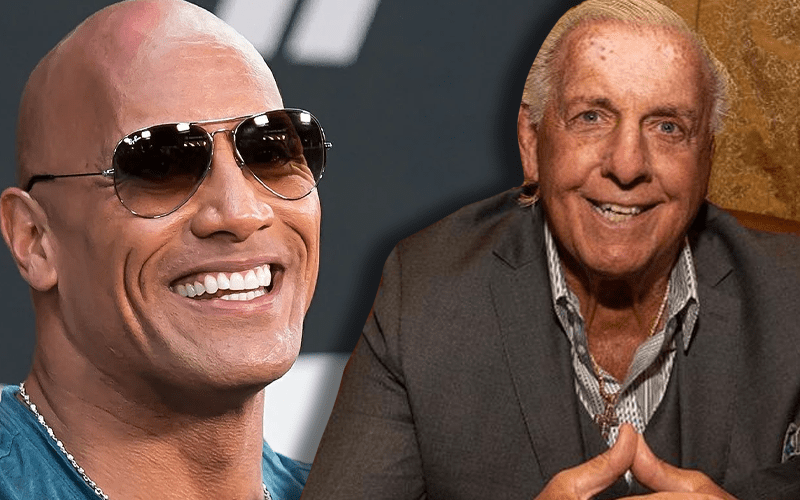 Ric Flair has accomplished a lot in his 71 years. He’s written a couple of books, but fans might get a movie soon enough.

While speaking to Busted Open Radio, Ric Flair revealed that The Rock and Dany Garcia are talking with WWE about doing a movie about The Nature Boy. He didn’t drop Seven Bucks Productions, but one would assume that is the production company involved.

“I’ve talked to Dwayne [Johnson] and Dany Garcia and Hiram Garcia and they’re gonna collaborate for all this stuff and make a movie with the WWE with me with Sue Levinson, who now is with WWE and is doing a fabulous job and Sue’s got a great background. As soon as everything gets rolling again, I’m going to make that movie. I am looking forward to that because I’ll have a lot of input and I’ve got a TV show coming out again when Hollywood gets going. This will actually come up first about my life in the 80s.”

“It’ll probably come out at 1 in the morning, rated XXR. They told me the names will be changed to save the innocent … How do you fly to Tokyo in your robe and back, by Ric Flair…”

Portions of Ric Flair’s life would play better if the film played on an adult movie channel. He also took part in plenty of moments that could keep at least an R rating. This is certainly an interesting idea so we’ll have to see what develops. After all, it takes years to make a movie.