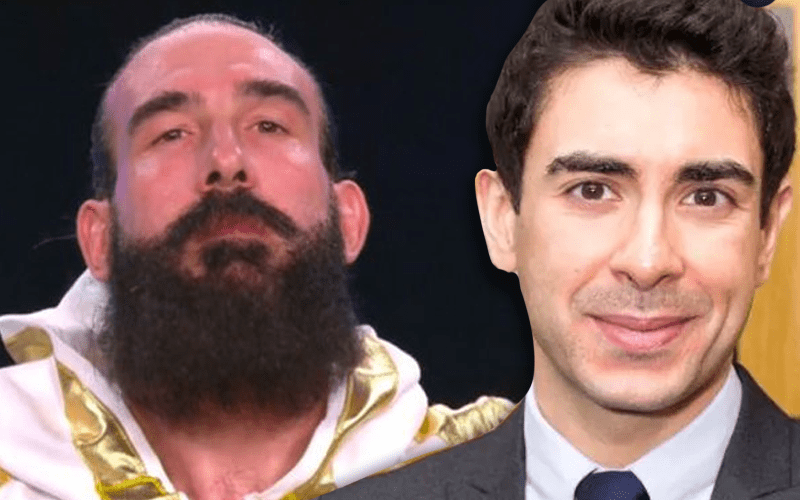 Brodie Lee debuted on AEW Dynamite as the Exalted One in a big reveal, but it should have taken place in front of his hometown fans. Dynamite was supposed to be in Rochester that week, but in light of recent circumstances they had to hold the event in an empty Daily’s Place.

While speaking to Talk Is Jericho, Brodie Lee revealed that Tony Khan called him before his AEW debut. Khan asked Brodie if he wanted to hold off on making his debut.

At that point, Brodie Lee was tired of being kept inside. WWE stifled him and he wanted to be creative. There didn’t seem to be any choice other than to make his big debut as scheduled.

“Tony specifically texted me and said, ‘hey man, if you don’t want to do this we won’t do this.’ I responded back and said no man I am all in for Wednesday, just let me know what you need me to do. I had a way out if I wanted it, but I had been cooped up so long and I just wanted to do something. I need to be creative.”

Brodie Lee wrestled his first AEW match this week on Dynamite and he was put over like a monster. The Exalted One’s story in AEW is just starting, but Tony Khan obviously has big plans for the former Wyatt Family member.