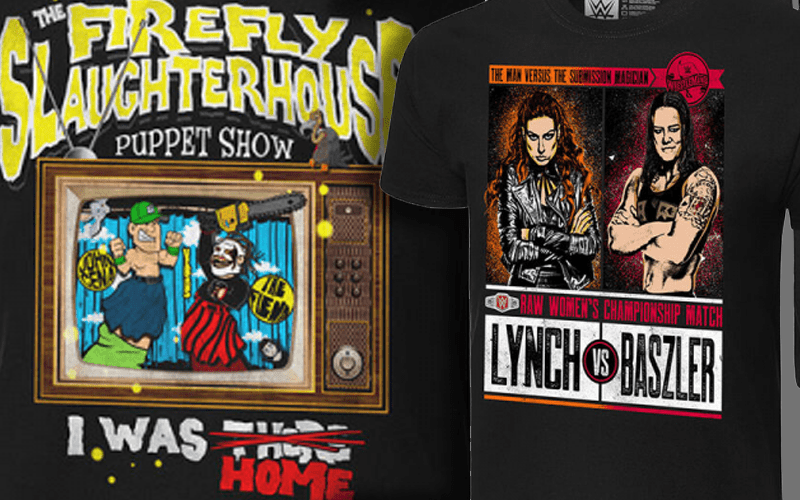 WWE usually puts out a lot of merchandise for WrestleMania and this year is no different. They even released a special WrestleMania “I wasn’t there” t-shirt.

WrestleMania is not happening in Tampa, but the show of shows is still taking place in a different location. Fans can’t buy merch at Axxess, but now they can fill their cart at WWE’s online store.

WWE has released a batch of new t-shirts celebrating top matches from WrestleMania 36. It is very interesting that one big match absent from this line is Roman Reigns vs Goldberg.

WWE is still promoting Roman Reigns vs Goldberg, but Roman Reigns didn’t actually end up wrestling at WrestleMania. There was a big mess backstage which you can read about here.

The show of shows will still have plenty of matches and you can get your own t-shirt to remember a few them forever. Check out those designs below.