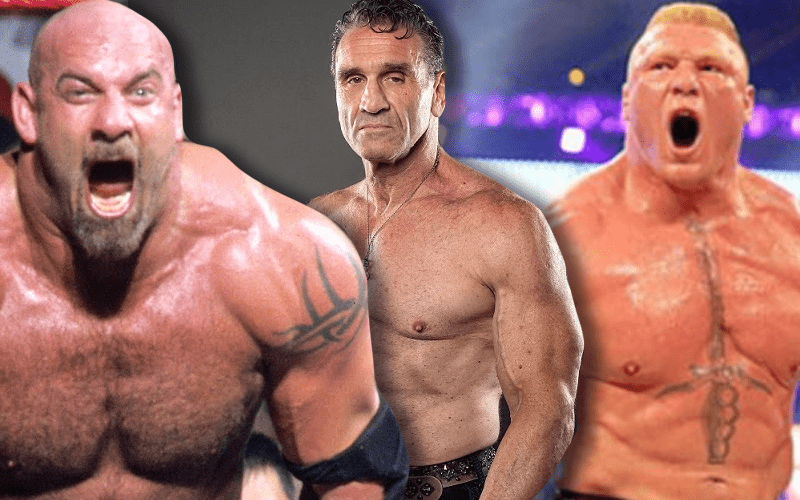 WWE has kept Brock Lesnar occupied with plenty of big opponents. He has yet to tangle with the World’s Most Dangerous Man.

During a recent interview with Chris Van Vliet, Ken Shamrock expressed a bit of regret that he never got to wrestle Brock Lesnar. Shamrock is currently with Impact Wrestling and Lesnar might never leave WWE, but it never hurts to throw it out there.

Shamrock also stated that he always thought he could have Vader style matches with Goldberg. He never got either of those big matches.

“[Brock Lesnar] was one, I’ve got him. and I’ve got Goldberg. A lot of people complain that he’s too rough, or used to — that’s perfect for me like me and Van Vader. I think we could have had great matches because we both love to work that way.”

“I think Brock Lesnar is another one with both of us coming from the same road so to say and I thought we could have had great matches.”

Ken Shamrock had plenty of great matches in WWE. “I can’t complain,” he admitted. It would have still been interesting to see what would have went down if Brock Lesnar vs Ken Shamrock met in the squared circle.