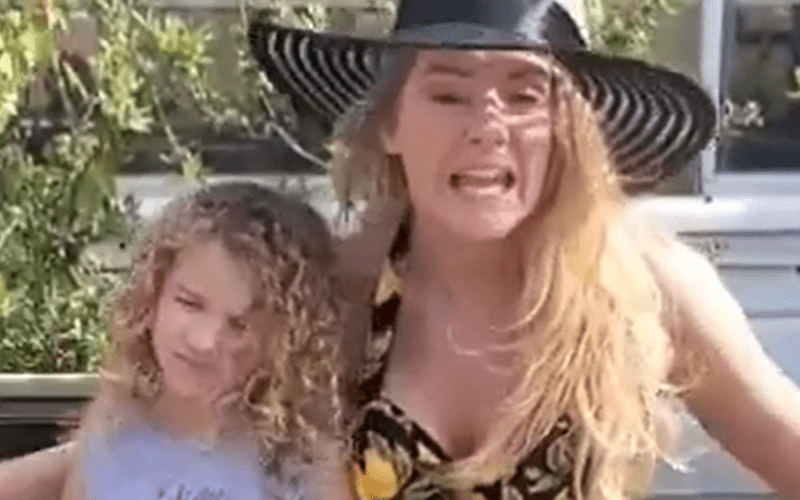 Lacey Evans is pretty self-sufficient. She had to overcome a lot and entered the Marines where she learned a lot of valuable skills. Evans is proud to admit that she’s “cheap as hell” and now she’s passing along some of those survival tips.

Evans and her daughter Summer are currently in isolation like so many others. She recently uploaded a new video altering fans of some new content that is on the way.

Social distancing, self sufficiency & using time to be with your family
This time can impact your mental health BOTH positively and negatively. We are gonna show U some lil things U can do to make the best of it. Grow some stuff, catch some stuff & learn some stuff. #StayHome

Sasha Banks used Lacey Evans’ daughter against her during a segment on SmackDown this week. Perhaps once WWE is allowed to run events with fans again Summer will be at ringside to cheer her mother on against The Boss.