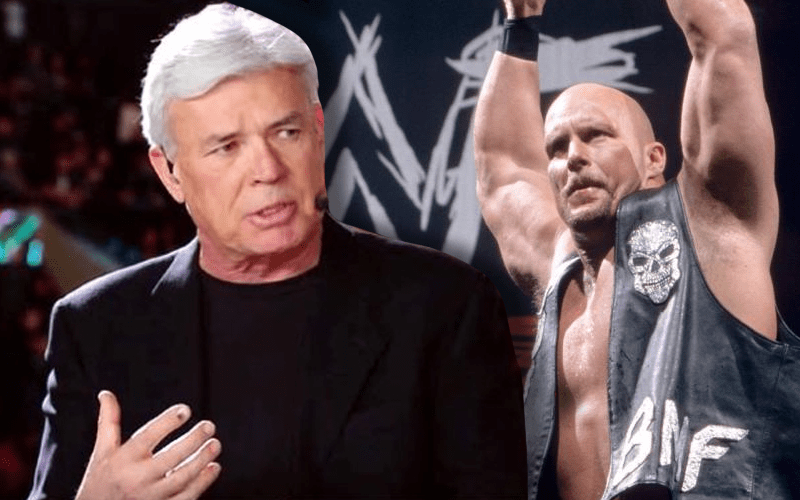 Steve Austin was fired from WCW before he went to ECW. Then he ended up in WWE and the rest is history. It turns out that all of that might have never taken place if Austin would have been willing to talk to Tony Schiavone.

During 83 Weeks, Eric Bischoff explained a time that caused him to get really upset with Austin. WCW was paying Steve Austin a lot of money and they wanted to use him in some respect while he was injured. Steve Austin wouldn’t even pick up the phone to hear their idea and this rubbed Bischoff the wrong way.

“We were paying Steve a lot of money. It was a guarantee. And that was a consideration, not the most important consideration. My goal, knowing that Steve was going to be injured and going to be back eventually was to keep his character alive and not just let it disappear like it fell off the face of the earth. We were producing a show, WCW Saturday Night, and I thought, I know he can’t wrestle but let’s get at least a backstage promo on Steve Austin just to keep him visible so he didn’t fall into that out of sight out of mind category.”

“I told Tony Schiavone to give Steve a call, it was early enough in the afternoon, he could’ve driven in and shot the promo and been back home by 7 o’clock that night. Should’ve been no big deal right? Tony didn’t want to bury Steve, I put Tony in a tough spot. Tony called Steve and Steve’s wife answered the phone, and the way it was reported back to me from Tony was that Steve’s wife said ‘Hey Steve, Tony Schiavone is on the phone he wants to talk to you’, and Tony could hear Steve yelling back to his wife, ‘Tell them sons of bitches I’m not here.’

“Well, that’s pretty bullsh*t right? Thats bullsh*t. He was there, he just didn’t want to have a conversation. He didn’t want to hear anything I had to say, or maybe he was in pain, I don’t know. Tony comes back to me and says ‘Yeah I called Steve’s house and spoke to his wife and I hate to say this but I could hear Steve in the background telling his wife to tell me he wasn’t there.’ There’s certain things that just f*ckin’ trigger me, and dishonesty is one of them.”

Steve Austin and Eric Bischoff were able to patch things up years later. There was a time when the two sides weren’t big fans of each other. It’s interesting how some of the smallest things like taking a phone call can go on to change so much.