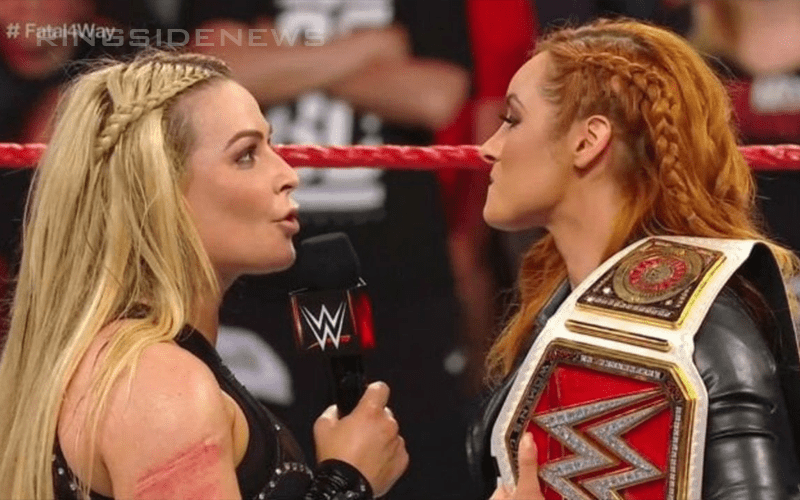 While many fans think that Becky Lynch’s reign as RAW Women’s Champion will soon be coming to an end at the hands of Shayna Baszler, that doesn’t mean we can’t appreciate what she’s already been able to accomplish with the belt.

She may not have quite as much momentum as she did heading into WrestleMania 35, but in the last 12 months, she’s done a great job of defending her crown.

One of the more notable title matches she had came at SummerSlam 2019 when she locked horns with Natalya.

The two squared off in an entertaining submission match, and after 12 minutes of battle, The Man came away with the win and the championship.

It served as a reminder that Natalya is still capable of putting on a great show, and all she really needs is the right kind of incentive and character direction.

Whether or not we’ll continue to see that from her in 2020 and beyond remains to be seen.