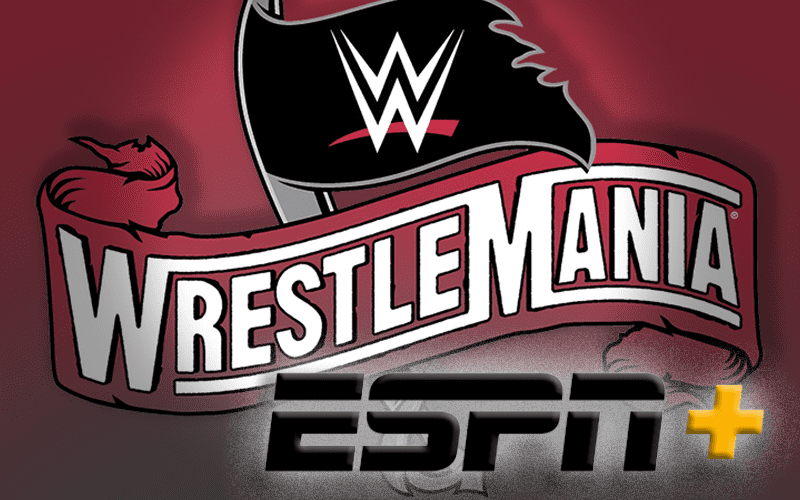 WWE was talking to some major players to purchase the streaming rights their big pay-per-views. ESPN+ was reportedly the top prospect, but that deal didn’t happen in time for WrestleMania as Vince McMahon suggested.

ESPN was the front-runner to buy WWE’s streaming rights. During Wrestling Observer Radio, Dave Meltzer brought up WWE’s new deal with ESPN to air WrestleMania. This deal has nothing to do with the streaming talks the company was in with ESPN+. That deal hasn’t happened yet because they can’t decide on a number

“I’ve heard that they’re far apart on money. Vince wants a figure and I don’t know if it’s accurate — they are in negotiations — but, the figure I heard, and again, I don’t know if it’s accurate and I’m not giving the number, but it was way higher than the UFC number and I thought, ‘Well, there’s no way that they’re paying that,’ and maybe it’s like a first number or Vince actually believes that his pay-per-views are worth more than UFC’s and again, is ESPN gonna jump into a big financial thing?”

It was also noted that “I don’t see anyone getting into a big hundreds of millions of dollar deal right now until this blows over.”

Dave Meltzer was referring to the current COVID-19 situation sweeping the globe. It is certainly changing up a lot of plans out there. Apparently, Vince McMahon’s asking price was “hundreds of millions.”

It’s not likely that WWE and ESPN would have worked anything out by WrestleMania anyway. The company started advertising that Mania will be on the WWE Network weeks before COVID-19 was discovered in America.