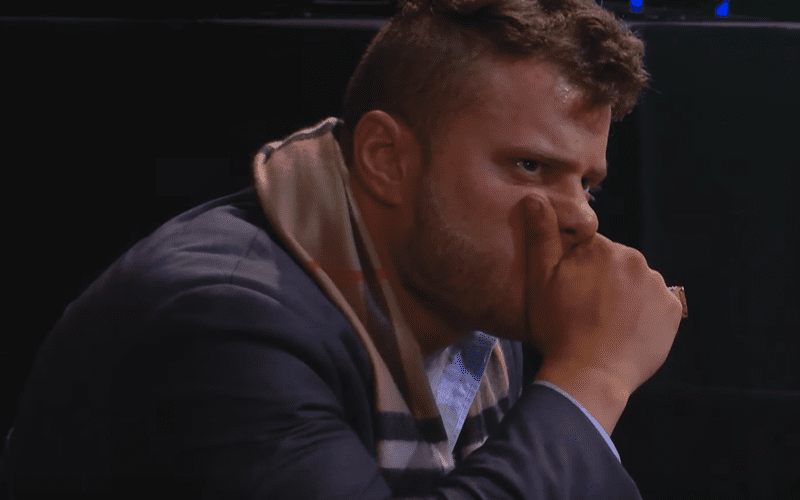 AEW held Dynamite in Daily’s Place this week, but policies to protect against the novel coronavirus made it impossible to have wrestlers at ringside.

Sammy Guevara was permitted to sit at ringside during one segment. He made out with a photo of Brandi Rhodes that really creeped her out.

During Wrestling Observer Radio, Dave Meltzer noted that AEW had additional rules this week. This is why they were not allowed to have anyone at ringside during the whole show.

“The rule there was no more than 10 people at one time and so they had adhere to that. The only thing they did was have a dressing room with Austin Gunn, Billy Gunn, Dasha Gonzalez, and Shawn Spears.”

AEW didn’t have anyone at ringside, but they did put people in a dressing room. Chris Jericho even joined that watch party while he rooted against Cody Rhodes in the opening contest.

Some people wondered how having those people in a smaller room was better than them spread apart at ringside inside Daily’s Place which holds 5,500 people. The company could put plenty of people in that space and put them 6 feet apart from each other. Those were simply the rules that All Elite Wrestling had to abide by.