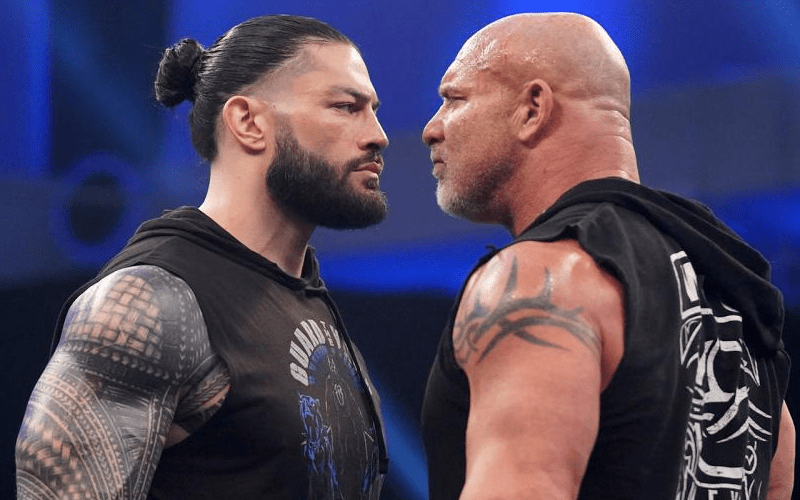 Roman Reigns is out of his WrestleMania 36 match, but it was by choice. Due to the current risks with the novel coronavirus, Roman Reigns didn’t want to take the risk and perform at the WWE Performance Center.

Reigns has leukemia. It is in remission, but he will always have a weakened immune system because of it. Due to those risks he decided not to make the trip to the Performance Center.

Fightful Select reports that WWE staff were told on the first day of WrestleMania 36’s shooting schedule that The Big Dog wasn’t coming.

We’ve been told that much of the crew involved found out that Roman Reigns wouldn’t be participating on Wednesday.

Goldberg will be on WrestleMania 36. We just don’t know who his opponent is yet. We will keep you updated on this ongoing story right here at Ringside News.