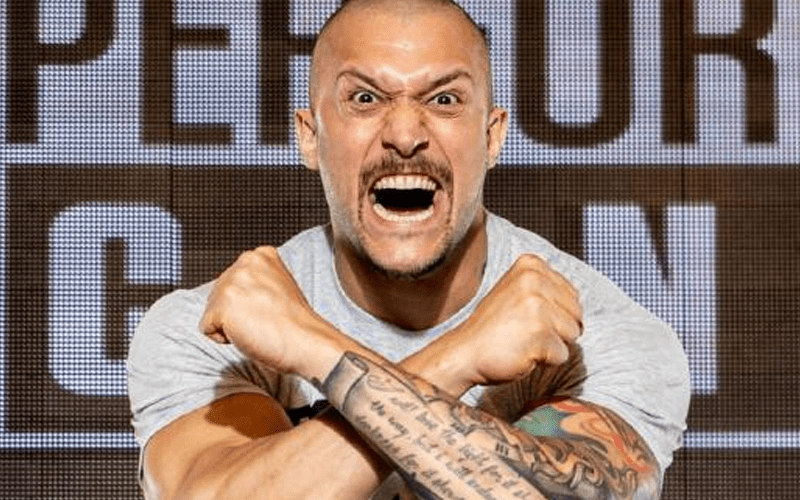 WWE NXT ended with quite an intense promo that could prove to change a lot once Killer Kross finally debuts.

Click here for our complete coverage from WWE NXT this week.

WWE NXT ended this week with an intense promo with Johnny Gargano and Tommaso Ciampa. They ended the segment setting up a match for two weeks.

Then attention was brought to the big screen. A promo played like the ones in previous weeks. This time it clearly said “Tick Tock” and Killer Kross was shown on the screen.

It was rumored that WWE might debut Killer Kross on the main roster. Strange glitches in the middle of SmackDown were thought to be signs of his debut. It appears those glitches mean something else.

They did not show a name for Killer Kross, so we’re not certain what they will call him yet. He will be arriving in NXT eventually as the show cut off with this big reveal.