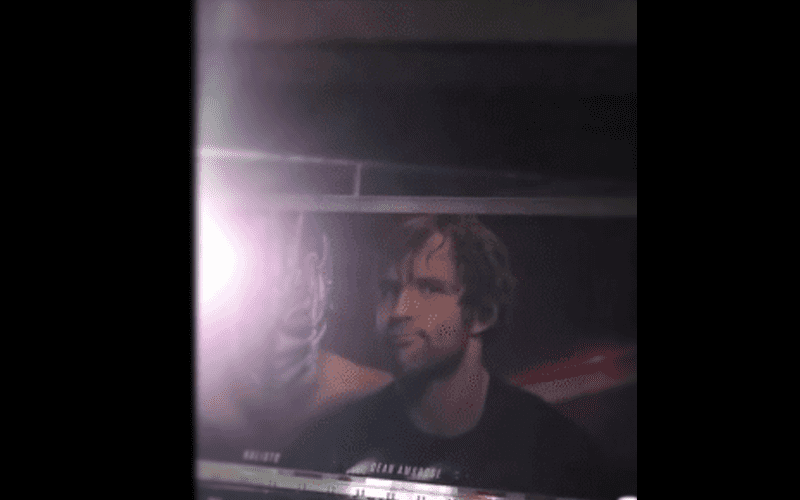 Dean Ambrose left WWE when he allowed his contract to run out. Now he is Jon Moxley once again and he is also AEW World Champion.

AEW star Big Swole is married to Cedric Alexander. He competed on last night’s show. It appears that his wife might have been around WWE’s tapings last night as well. At least it appears that she got a glimpse at one of the company’s trucks.

Swole noticed a familiar face on one of WWE’s trucks who didn’t need to be there anymore. “Who dat? Hmm,” she asked in a quick video on her Instagram story as she focused on an old image of Dean Ambrose.

You can check out a screenshot below. Apparently, WWE hasn’t gotten around to removing Jon Moxley’s image from all of their trucks.