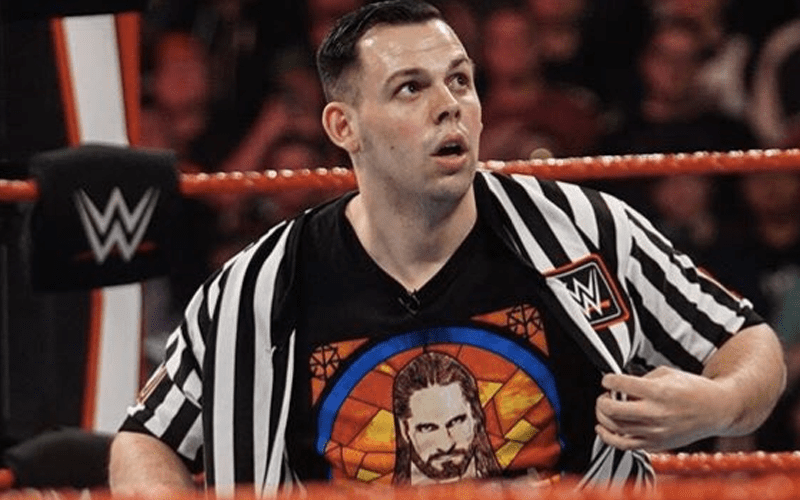 Seth Rollins introduced a heel referee as part of his disciplines a few weeks ago, but then he disappeared.

Jake Clemons got a lot of attention for a week, but he wasn’t used again. This was in spite of Rollins keeping that angle going on social media.

During Wrestling Observer Radio, Dave Meltzer explained why WWE used a bad guy referee. They had no plans to carry this angle on. It was simply a means to an end to get them out of a tricky booking situation.

“That was just a one-week thing to get out of a match […] it was a one week thing because they had a match that for whatever reason they couldn’t come up with a finish for, so somebody came up with the idea — probably Paul to do a heel ref, but it wasn’t like they want to do a heel ref weekly on the show.”

WWE has a lot of ideas and sometimes they stick. Other times an angle is one and done. WWE fans might see Jake Clemons again, but he might have a touch of amnesia so he forgets all about that heel turn.