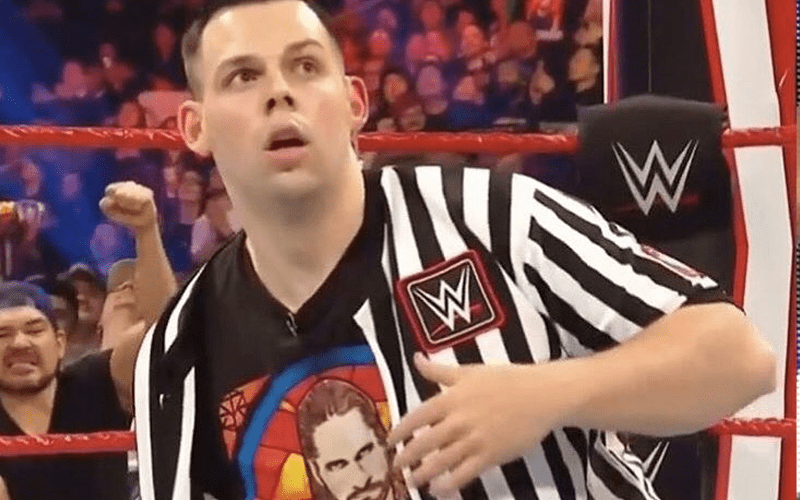 WWE RAW closed out with the unveiling of an evil referee. After Kevin Owens took a fast count and lost the match he wasn’t happy at all.

Randy Orton won the match thanks to this heel referee who turned out to be a disciple of Seth Rollins. Then Kevin Owens destroyed the referee with a Stunner and a table spot.

The referee that received so much attention this week was Jake Clemons. He has officiated matches for AIW, Evolve, Remix Pro Wrestling, Smash Wrestling and other indie feds.

We’re not sure what the next steps are for Clemons on WWE RAW. This was certainly a big way to introduce himself to the WWE Universe.