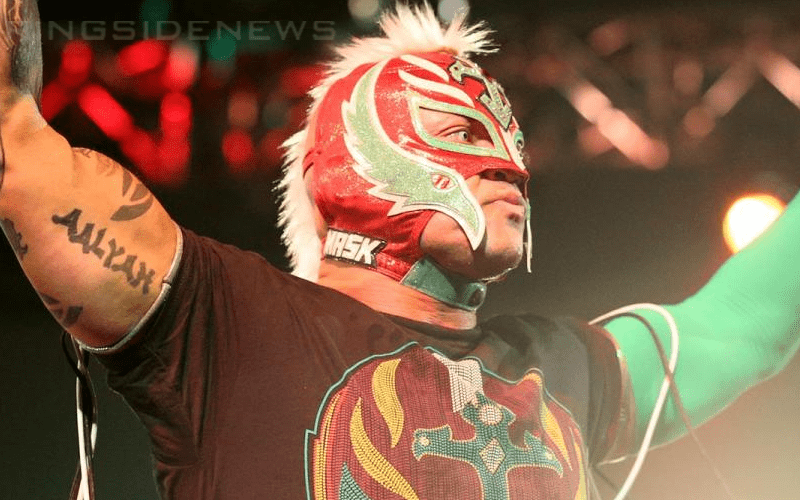 WWE was able to get Rey Mysterio to come back to the fold as he signed an 18 month contract. However, that run hasn’t been as consistent as anyone would have liked, especially due to his recent injury.

On June 18th, the city of San Diego announced that it was “Rey Mysterio Day.” He was honored for giving back to the community so much and while he was there, apparently, Mysterio had some very interesting information to drop.

The Wrestling Observer Newsletter reports that Mysterio was discussing the idea of signing another deal with WWE during that San Diego event in his honor.

We will have to wait and see what WWE and Rey Mysterio will be able to work out. It does give a lot of hope for WWE fans who love seeing Mysterio around. Perhaps he is holding out to have that big program with his son Dominick that they’ve seemed to tease a few times, but Rey’s injuries have apparently stifled.